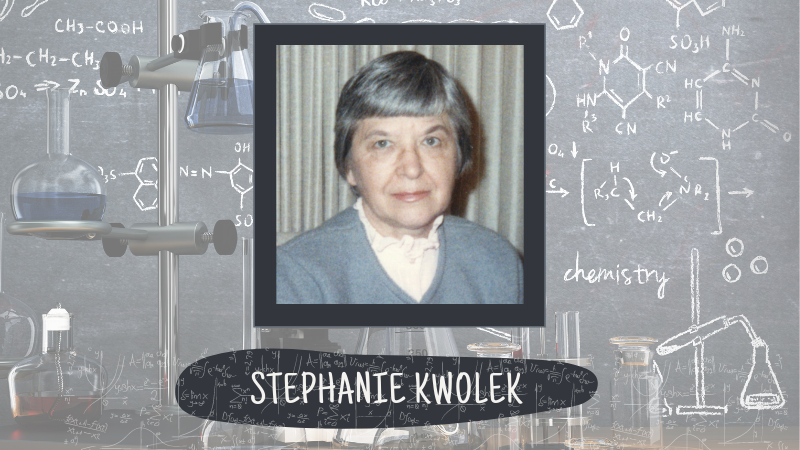 In the next post in the Women in Science series, we will present Ms Stephanie Kwolek, an American of Polish origin. She became famous in the field of chemistry – in 1965 she headed the team that invented the polymer from which kevlar is made, i.e. a very resistant fiber used, among others for the production of bulletproof vests, helmets, trampolines, astronauts’ clothing, mobile phones and even speaker membranes.

Little Stephanie immigrated to the USA with her parents as a few  years old child (then they bore the surname Chwałek, which was later referred to as Kwolek). Initially, she wanted to become a doctor, but for financial reasons, she changed her course of study – she graduated in chemistry at the University of Pittsburgh, and then found employment at Du Pont, where she dealt with chemicals that were to be used in the production of new fabrics.

By combining various polymers, by trial and error, at low temperatures, she created the aforementioned Kevlar – an extremely light and durable material.

Scientific work continued to fascinate Ms Kwolek, which contributed to the invention of materials such as lycra and spandex. There are also 28 patents under her name.

Photo: Archive of the DuPont concern