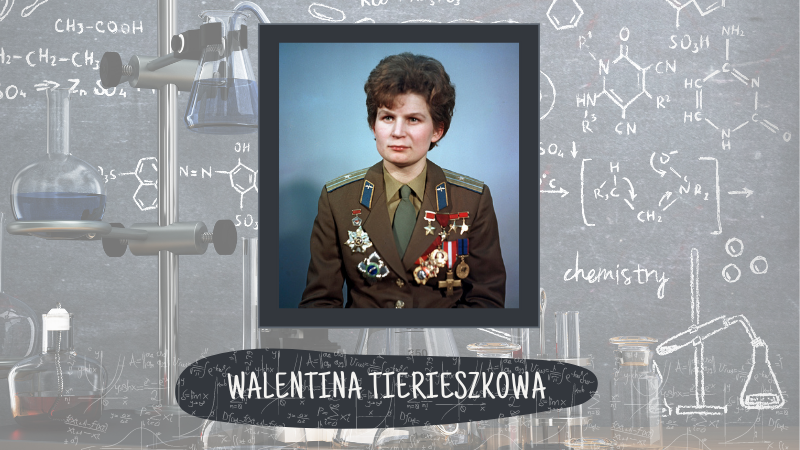 Today we are returning to the Slavic countries with the post “People of Science”. We will present the person from # USSR, Valentina Tereshkova – the first woman in space. Interestingly, she was not a scientist. She worked as a textile worker. After the flight, Yuri Gagarin wrote a letter in which she expressed the hope that perhaps she would also go into space. The letter ten caught the attention of the commission selecting future astronauts, and so it ended up in the parachute section. On June 16, 1963, at the age of 26 (the youngest so far), she made history as the first woman and civilian in space. During the flight, which lasted almost 3 days, it circled the Earth 48 times. Upon her return, she was honored with the Hero of the Soviet Union medal. She also began studies in cosmonautics at the Military Institute of Aviation, and then defended her doctorate. She was also active politically, incl. was elected to the Supreme Council of the USSR. Retired with the rank of aviation general.