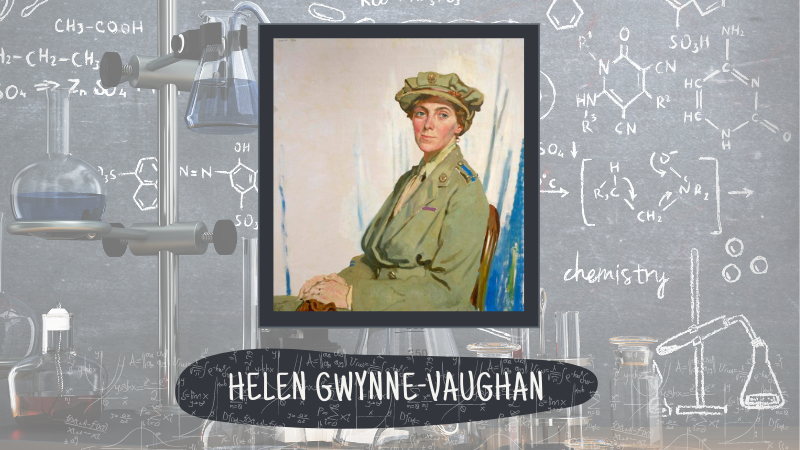 November, in terms of posts from the People of Science series, definitely belongs to English women. Today we will present a silhouette of a botanist and mycologist Mrs. Helen Gwynne-Vaughan from London. Helen was born in 1879 into an aristocratic family. She studied botany and zoology, obtained the title of professor during her scientific career and researched the genetics of mushrooms. When World War I broke out, she gave up teaching and entered the military, leading the Women’s Auxiliary Army Corps (WAAC) in France. After the war, she returned to the University. Two species of mushrooms were named in her honor: Palaeoendogon gwynne-vaughaniae and Pleurage gwynne-vaughaniae. She had very high standards and at the same time was impatient. According to sources, she managed her cathedral in a typically masculine way – which was why she was not liked by the students. She received various academic awards, but slowly, due to her masculine character, she was removed from the university committees. Her experiences raise questions that, unfortunately, are still relevant to modern women scientists. When women take over positions traditionally reserved for men, should they abandon all stereotypical features of femininity?