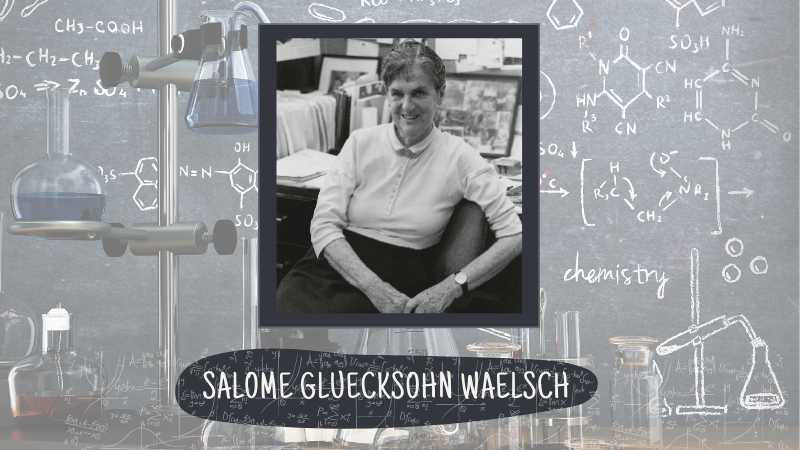 In the next post from our unique People of Science series, we will present the figure of Mrs. Salome Gluecksohn Waelsch, a German woman of Jewish origin, born in Gdańsk in 1907. Growing up during the war times, Salome did not have an easy life – that’s why she emigrated with her husband to the United States just before the Second World War. She specialized in development genetics – combining genetics and embryology. She looked at science and its interdisciplinarity in an extremely broad way. It destroyed the unfair opinion of female scientists. After moving to the USA, she was engaged in various kinds of experiments, but due to the fact that she was a woman, no one officially wanted to hire her. That’s why she volunteered at Columbia University. It was only in 1955 that she received a proposal worthy of her knowledge – a post of assistant professor at the Albert # Einstein Medical College in New York, where she quickly moved up the career ladder and took the position of the head of the department of genetics. She was awarded, inter alia, National Medal of Science USA.