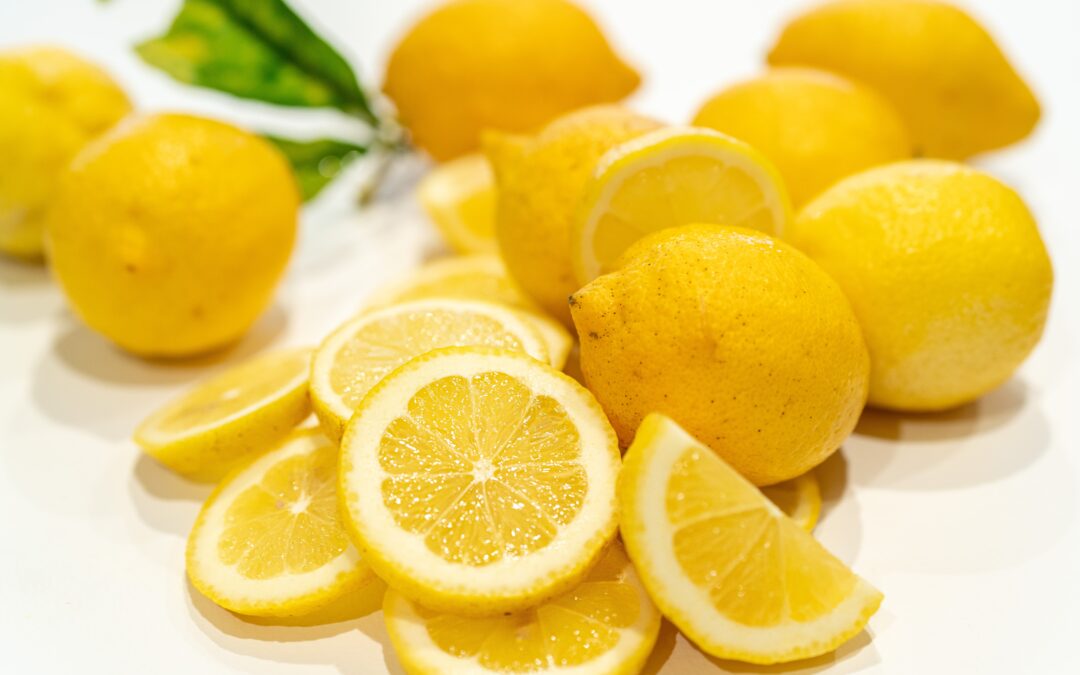 Common lemon (Citrus limon) also simply called lemon is a species of plants from the Rutaceae family. The same family also includes other citrus fruits, such as oranges, mandarins, limes, pomelos and several others.
It comes from south-eastern China, but currently it is neither wild nor cultivated there, and it was probably created from the crossing of lime and citron. Lemon came to Europe only in the Middle Ages. Previously, the Romans knew and cultivated only citrons.

It is a tree usually growing up to 5 m, but sometimes up to 10 m, with most varieties having spiked branches.
It has beautiful, white, scented flowers, up to 30 mm in diameter, and blooms almost continuously. Therefore, it is often grown indoors as an ornamental plant. If it is pollinated, we can wait for our own fruit on the windowsill.
From a botanical point of view, its edible, very sour fruits are berries, commonly called lemons. They are ovate with elongated tips. They have a fairly thick, yellow coat and a yellowish, juicy and aromatic flesh that botanists call the endocarp.

Chemistry
Particular parts of the plant, as well as the raw materials obtained from them, may differ in the content of active compounds.
Polyphenols, which are mainly responsible for the biological activity of the raw material, dominate in the fruit and the juice obtained from them. Among the polyphenols, the main group are flavonoids (e.g. apigenin and diosmin and many others), used to improve venous circulation, seal blood vessels, and also as immune enhancers. In addition to polyphenols, fruit and juice contain many other chemical compounds, such as coumarin derivatives, amino acids and carbohydrates. Lemon is a rich source of vitamins such as vitamin C, A, B and E, and elements such as potassium, calcium, magnesium, and sodium.
As I wrote in one of my previous posts, it is precisely due to the high content of vitamin C that lemon juice proved to be an effective anti-scurvy drug, which was confirmed in 1747 by James Lind in the first real clinical trial in the history of medicine.
One of the most important products made from lemon is its essential oil, consisting mainly of terpenes. It mainly contains limonene, ?-pinene and ?-terpinene 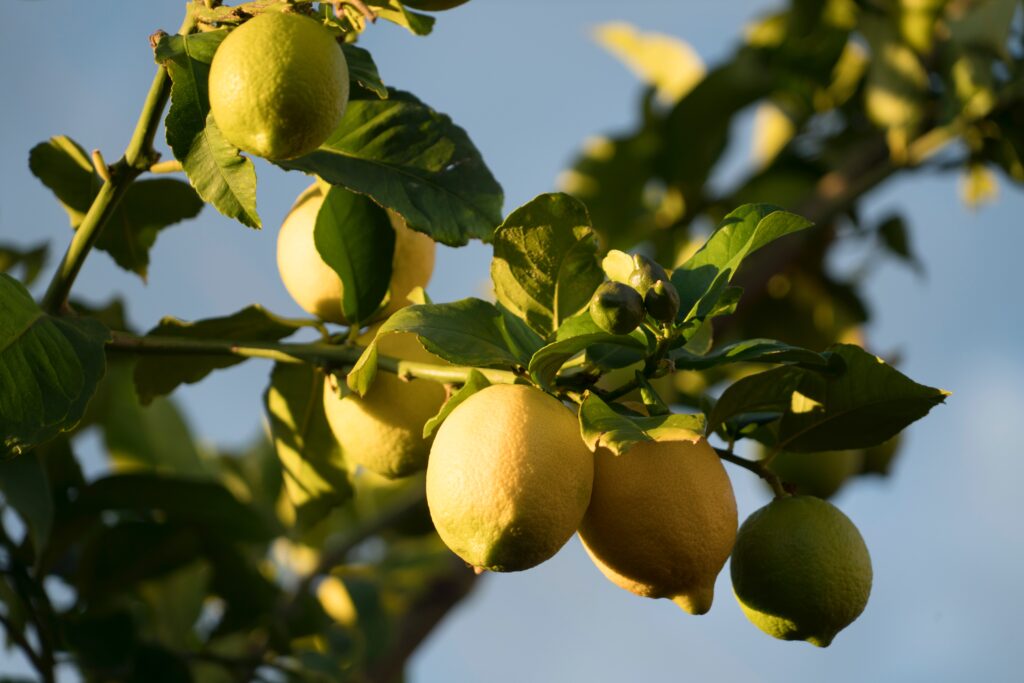 Lemon and the products obtained from it have found a wide medical application.

Clinical trials have confirmed the action of accelerating the healing of diabetic wounds, antiallergic and supporting the regeneration of hepatocytes, i.e. liver cells.

This number of other positive effects of consuming lemon have been described. For example, they can increase bone density and even improve short-term memory.

Several publications have demonstrated the anti-cancer activity of lemon juice on breast cancer cells as well as its positive effect in irregular menstrual cycles. It also has a local anti-inflammatory effect, therefore it can be used for gargling.

It can also have a positive effect on the circulatory system by lowering blood pressure and supporting the treatment of heart muscle damage, also on the digestive system (it stimulates intestinal motility, relieves nausea).

Lemons have also been shown to have antimicrobial activity, e.g. against E. coli strains, as well as antiviral activity against Herpes simplex and Influenza virus, and even antifungal, e.g. on Candida parapsilosis.

It may also lower blood lipids and alleviate the symptoms of pneumonia. Lemon oil is used in aromatherapy as a relaxing, calming and immunostimulating agent.

Lemon oil is used as an ingredient in perfumes and as a fragrance in various creams and other cosmetic preparations.

Due to the content of polyphenols, which have an antioxidant effect and reduce the level of free radicals, raw materials obtained from lemons are used in the production of anti-aging cosmetics. 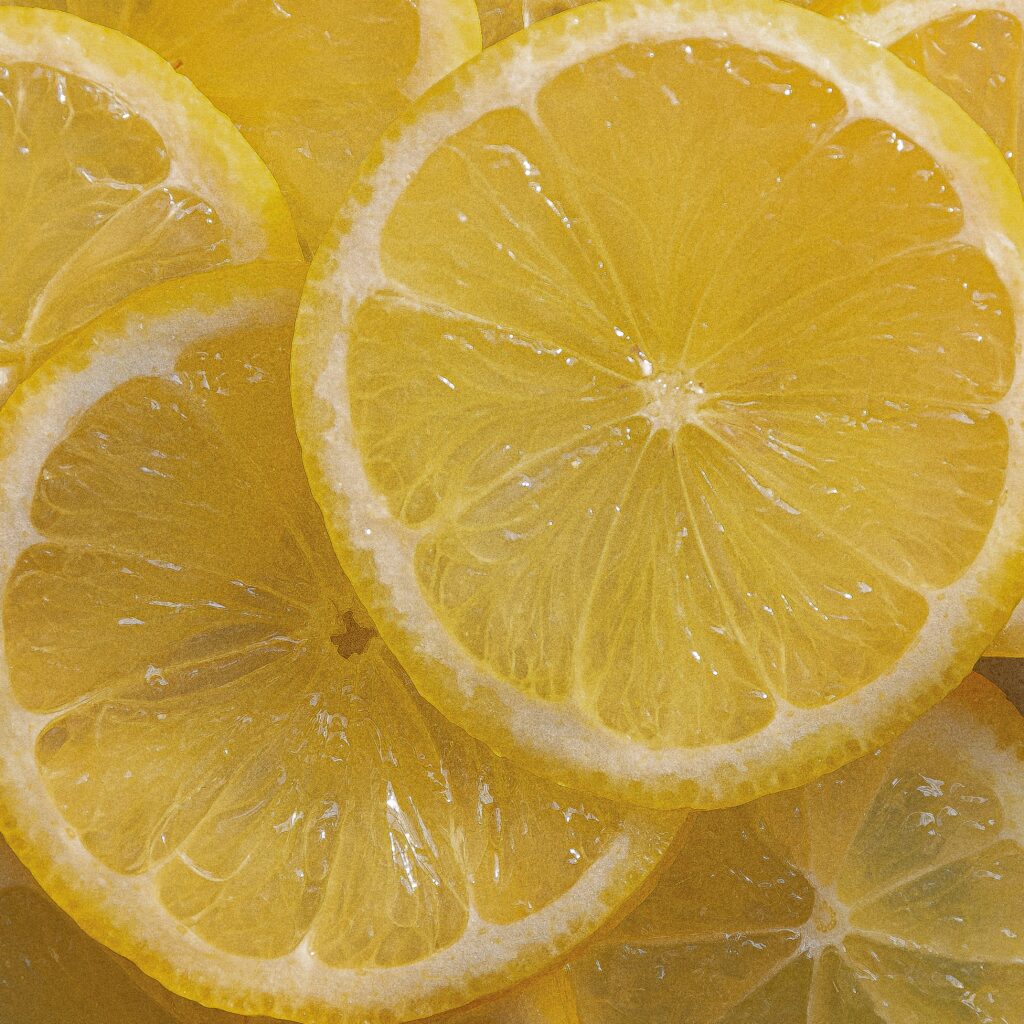 Lemon in the kitchen
Here, of course, you have to start with the traditional tea with the slice of lemon. Moreover, lemon is used as an addition to various desserts (creams, cakes, ice cream). It is also an ingredient of various candies and an aromatic additive to chewing gum.
The alcoholic lemon peel extract is the main ingredient of the excellent Italian liqueur limoncello, although it is also a component to a number of other vodkas and liqueurs.
The use of lemons, however, is not limited to sweet dishes, it is also added to various sauces, it is also the basis of lemon soup.
Of course, it must also be said that it is difficult to imagine caviar or smoked salmon (as well as fish in any form) not sprinkled with freshly squeezed lemon juice.
As you can see, the use of lemons is versatile and it is difficult to imagine its lack.
What could be better than a cup of hot tea with the slice of lemon after a winter walk or a glass of limoncello for your afternoon coffee.