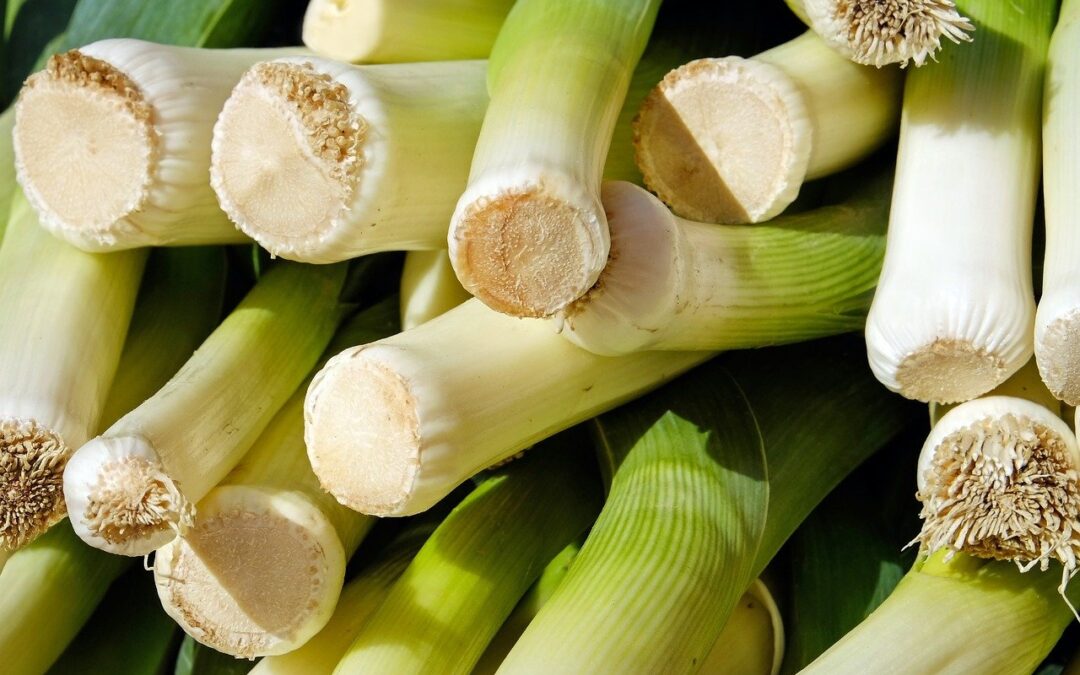 Leek (Allium ampeloprasum) – is a species of biennial plant from Asia Minor belonging to the amaryllis family. The same family also includes another well-known utility plant – garlic.
It is worth knowing, however, that the amaryllis family also includes numerous ornamental plants – for example amaryllis, narcissus or clivia commonly grown in homes.
As a curiosity, it can be added that most of the plants from this family contain poisonous substances, such as alkaloids and psychoactive substances used in shamanic practices.
Probably everyone knows what a leek bought in a grocery store looks like – it has flat, elongated leaves growing out of a very shortened stem.
Few, however, saw the blooming leek. Well, in the second year of vegetation, it produces a 2-meter high inflorescence shoot with white or white-pink flowers growing in umbels on the top.
Leek seeds are tiny, black and wrinkled.
Leek was cultivated for consumption as early as antiquity. It was already known in Egypt, Greece and Rome, where it was grown for consumption. He is also mentioned in the Bible, for example in the Book of Numbers and in several other places. Leek came to Poland thanks to Queen Bona, along with other vegetables, already in the Middle Ages. It is worth adding that leek is one of the national symbols of Wales – on Saint David’s Day, Welsh people
decorate their costumes with leek. 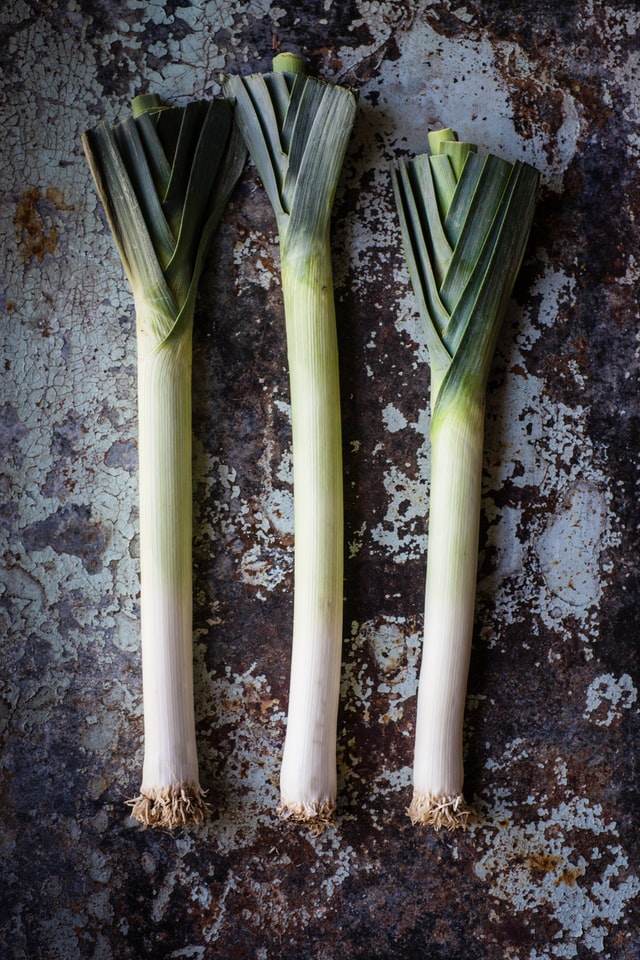 Leek nutritional value
Leek contains a number of valuable nutrients – polyphenols and sulfur compounds, which are antioxidants and at the same time support the detoxification of the body, also taking part in the formation of connective tissue. In addition, they contain vitamins K, B1, B2, B6, C, folic acid and trace elements: magnesium, copper, calcium, potassium and iron.

Health-promoting action
Consuming leek supports the cardiovascular system and helps to protect the lining of the blood vessels. This is the result of the nitric oxide production process that relaxes and widens the blood vessels. In addition, it has a diuretic effect, which facilitates the excretion of excess water from the body.
Leek also has an antibacterial effect that supports the body in fighting infection. This is the effect of sulphur compounds present in its composition that inhibit the multiplication of pathogenic bacteria.
Leek syrup or juice can help fight colds and coughs.
It also helps in the treatment of catarrh of the upper respiratory tract as it increases mucus production and expectorant action. 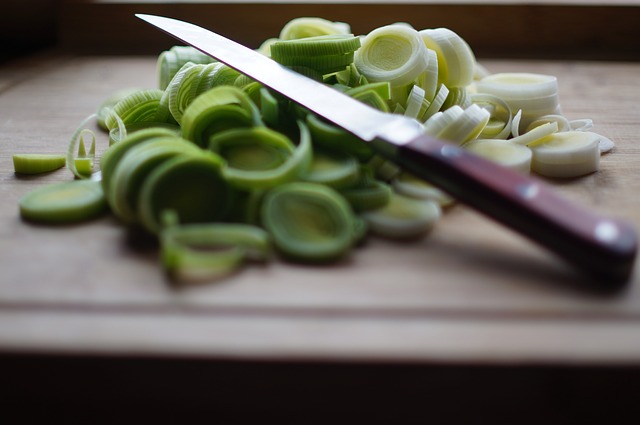 Leek in the kitchen
Leek is an easily digestible and dietary vegetable that has a beneficial effect on our health and well-being.
The glycaemic index is low and amounts to only 15, so people suffering from diabetes can eat it without fear.
Leek is an excellent side dish, and sometimes the main ingredient in many different dishes. It is added to soups and broth while cooking. You can also prepare a leek salad.
My favourite leek dish is the cream soup. With the addition of freshly prepared croutons and grated Parmesan cheese, it is really delicious. I heartily recommend!