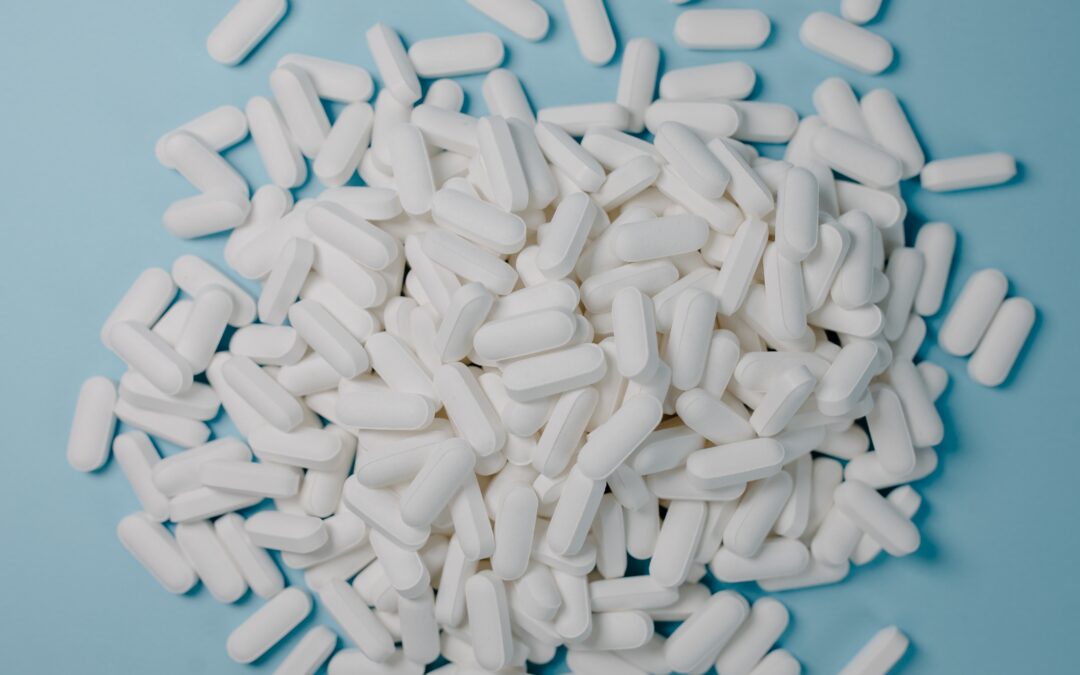 Calcium – role in the body

The content of calcium in the body is about 1000 g. It is the basic building element of the skeleton. Almost 99% of it occurs in bones bound as apatite. However, the remaining 1% (or about 10 g) is present as ionized form in the intracellular and extracellular fluid, although this seems to be really very little compared to the approximately 990 g embedded in bone, it plays a huge role in many metabolic processes occurring in our body. Therefore, any calcium metabolism disorders have a huge impact on our health, and its deficiency is manifested not only by bone weakness and brittleness, but also by serious neurological disorders. Plasma calcium is primarily regulated by parathyroid hormone, vitamin D and calcitonin.

Hypocalcaemia, or calcium deficiency, is a decrease in total calcium in the blood serum to values ​​below 2.25 mmol / l. Decreased serum calcium levels may be the result of insufficient supply with food, impaired absorption from the gastrointestinal tract, excessive calcium deposition in tissues or bones, excessive loss of calcium in the urine, or a result of parathyroid hormone (PTH) and vitamin D disorders, as well as may result from a magnesium deficiency. The reason for the deficiency is also bad eating habits and avoidance of certain foods due to discomfort after eating them. An important reason for the reduction of calcium absorption is also an excess of phosphorus, which we consume too much by eating such products as: meat, poultry, fish, cheese, brown bread. Phosphorus reacts with calcium to form poorly absorbed calcium phosphate. The negative calcium balance is also significantly influenced by excessive consumption of table salt and the associated increased calcium excretion. One of the more common causes of hypocalcaemia is chronic renal failure or the use of certain medications, such as diuretics.

Under physiological conditions, calcium is absorbed in the duodenum and the small intestine. Therefore, diseases that impair the function of the mucosa in these organs may reduce its absorption. These are diseases such as celiac disease, gastric or duodenal ulcer disease, Crohn’s disease, as well as intestinal resection and long-term parenteral nutrition.

Symptoms and effects of calcium deficiency

The symptoms and effects of calcium deficiency can be divided into two groups:

The neurological symptoms are a consequence of dysfunctions of the nervous and neuromuscular systems. The best known symptoms of hypocalcaemia are those of neuromuscular hyperactivity and tetany, such as muscle spasms, numbness of the mouth, laryngospasm, convulsions, mental changes, coma. A tetanic attack is manifested by numbness and systematic tonic contractions of the muscles of the hands (“obstetrician’s hand”), then of the forearms and arms, then the face (spasm of the eyelids, “carp’s mouth”), the chest, and the lower limbs with awareness. Acute hypocalcemia is manifested by tetany, mental disorders such as nervousness, depression, psychosis, cardiological symptoms – prolongation of the Q-T interval, heart rhythm disturbances, conduction blocks, heart failure. Chronic hypocalcaemia causes skin changes (eczema lesions, brittleness of nails and hair), neurological changes (parkinsonism, chorea), cataracts, alopecia, and metatarsal and metatarsal disorders.

THE OCCURRENCE OF SUCH SYMPTOMS REQUIRES IMMEDIATE MEDICAL INTERVENTION !!

In children and adolescents, calcium deficiency leads to bone tissue demineralisation, which results in rickets, deformation of long bones, bone softening, and impaired motor development. The effects of untreated calcium deficiency can last for life. In adults, hypocalcaemia leads to osteomalacia, which is a metabolic disease of the bones consisting in insufficient mineralization and reduction of bone density.

In the elderly, but not limited to, calcium deficiency can lead to osteoporosis, a condition characterized by progressive loss of bone mass, weakening of the spatial structure of the bone, and increased susceptibility to fractures.

The basic method of preventing the occurrence of calcium deficiency in the body is to ensure its adequate supply in the daily diet. The best source of calcium in food is dairy, especially products such as milk, yoghurt, cheese and cottage cheese. 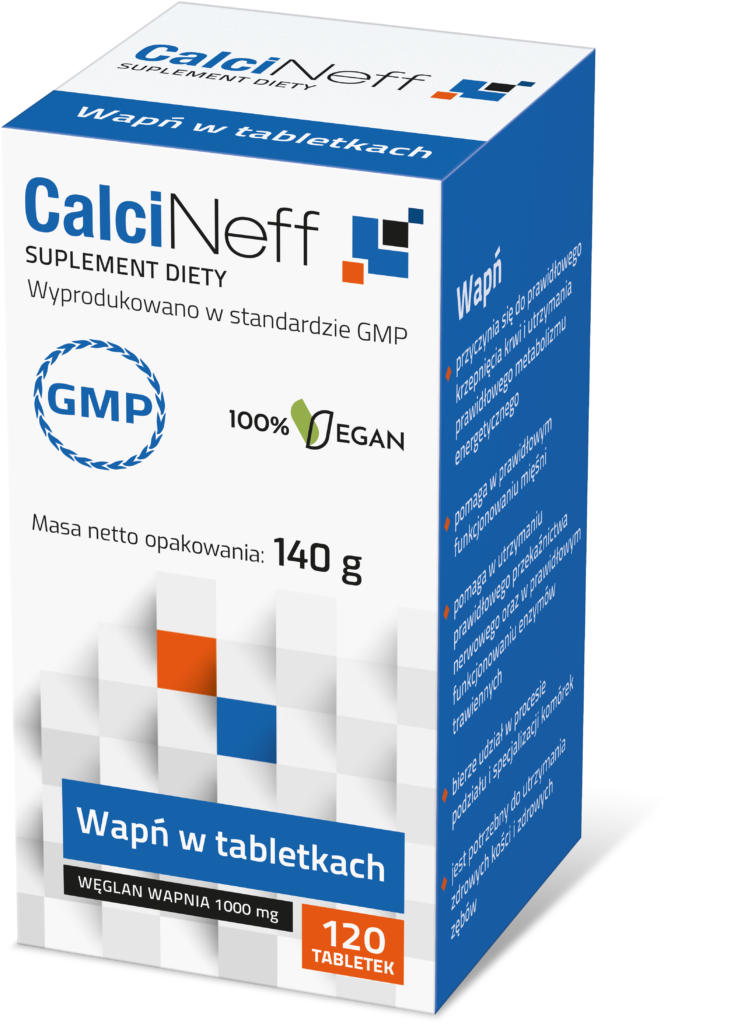 If necessary, a dietitian can help in setting the optimal diet.

If the supply in the diet is insufficient, for example in people allergic to milk proteins, it is necessary to supplement the supply with appropriate preparations.

The most commonly used oral calcium preparations are calcium carbonate and calcium acetate, given with a meal to ensure maximum absorption of the drug. Calcineff, containing a high dose of calcium – 400 mg, or Calcineff D3K2 containing an even higher dose of calcium – 600 mg, as well as 1000 IU of vitamin D3, will be helpful in such prophylactic treatment.