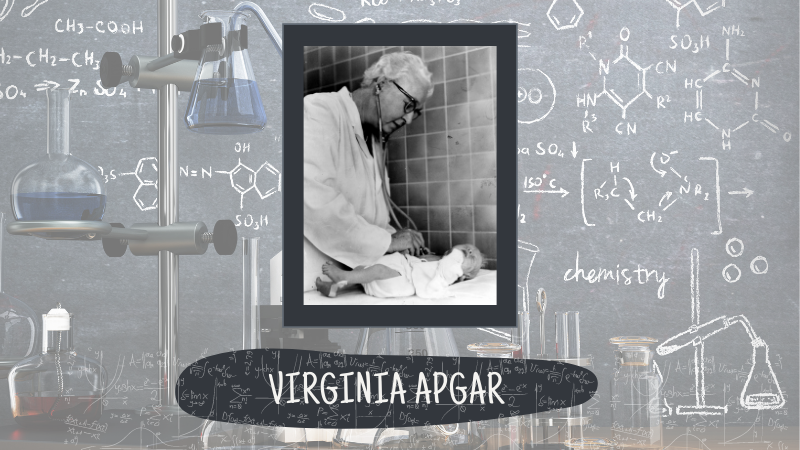 Most of us have heard about the Apgar scale, especially moms, but do you know who started it?

About this in today’s entry in the Women in Science series!

We are talking about Virgini Apgar, one of the first female medics who chose the specialization – anesthesiology, although she initially studied zoology. A woman of great enthusiasm, unable to sit still.

She built a new anesthesiology unit from scratch at the University of Columbia Presbyterian Hospital. She has participated in many births by administering sleeping gas to women for caesarean section, and there she focused her attention on the fact that newborn babies are not examined after birth, and the mortality in the first 24 hours is very high. Without an analysis of the toddlers’ health, doctors are not able to assess whether there are any abnormalities – e.g. whether the child does not need oxygen (it was the cause of almost half of the deaths of children).

Ms Apgar assessed that attention should be paid to 5 main areas – heart rate, breathing, response to stimuli, skin color and muscle tension, and in each category a newborn can receive 2 points. It was quickly discovered that assigning points to a toddler was of great importance.

However, Virginia Apgar did not rest on her laurels – she continued her education and became a specialist in congenital malformations. Additionally, what is very important among doctors, she gained the name of a “human lady doctor” – she showed great patience, kindness and warmth towards patients. Thanks to the creation of the Apgar scale in the years 1950-1960, thousands of children were given the chance to help in the first moments of their lives.