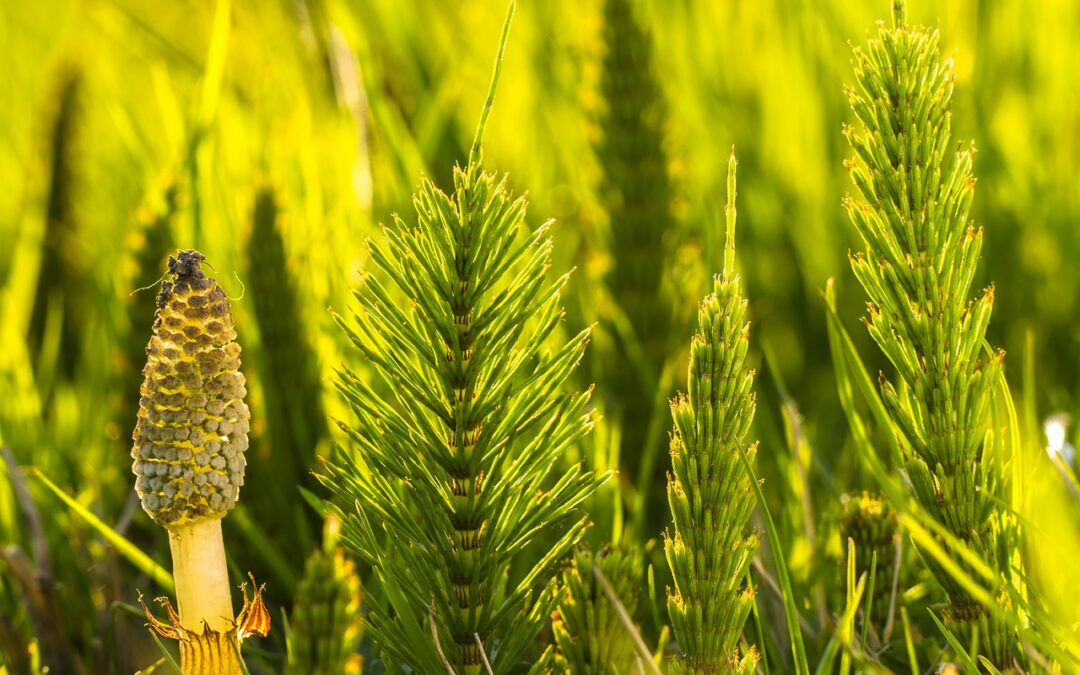 It is a spore plant with rhizomes creeping into the ground and rooted nodes.

Horsetail is a cosmopolitan plant that is spread all over the world. In Poland, it is a native species, very common throughout the country. Most often it grows in wetlands, in fallow land, in ditches and on roadsides, and in the mountains it occurs up to the upper boundary of the forest.
The pharmaceutical raw material is the herb horsetail (Herba equiseti). It contains valuable substances with a healing effect, the most important of which are flavonoids (chemical compounds found in plants that act as dyes, antioxidants and natural insecticides and fungicides) and soluble silicon compounds. 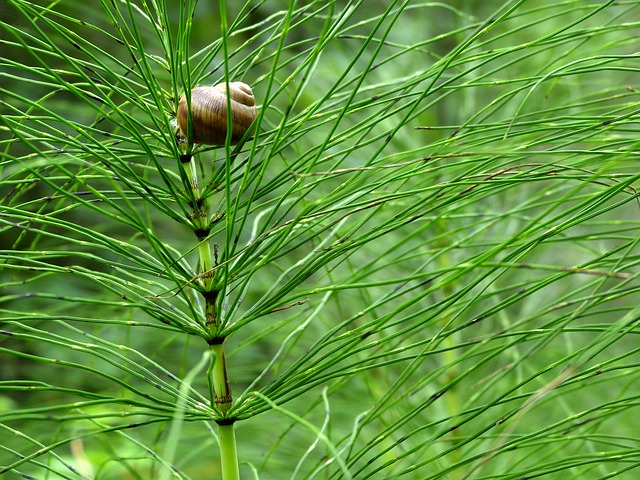 Due to the presence of flavonoids, horsetail herb has a weak diuretic effect. More effective is the remineralizing effect, enriching the body with the necessary ions (e.g. sodium, potassium, magnesium) and microelements. However, the content of silica is of the greatest importance. As the compounds present in horsetail are soluble in water, it is easily absorbed from the gastrointestinal tract. Silica is an essential component of the body and plays a very important role as a component of connective tissue, mucous membranes, blood vessel walls and bones. Some amounts of silica are found in the urine, where it is part of the protective colloids that hinder the crystallization of minerals, thus preventing the formation of urinary stones. During the aging process, the amount of silica in the body decreases, so it is important to replenish its level.

Horsetail herb is rarely used per se, but is often found in herbal mixtures.

Due to the presence of silica, horsetail is used as an adjuvant in many diseases, including in atherosclerosis, inflammation of the urinary tract, urolithiasis, damage to the capillaries and even in tuberculosis. 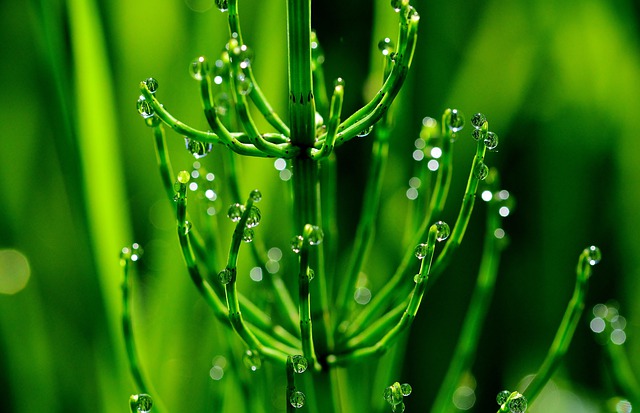 Horsetail on the skin

Tea with field horsetail or preparations containing horsetail are recommended primarily for people with oily and acne-prone skin. The substances contained in it regulate the secretion of sebum, have anti-inflammatory properties and accelerate the healing of the skin, as well as delay the aging process of the skin. The saponin content makes the horsetail anti-inflammatory and reduces skin redness. In addition, flavonoids protect the skin against the harmful effects of free radicals.

Field horsetail on the hair

Field horsetail administered orally in the form of teas or preparations with its addition is especially good for hair. A similarly positive effect on the condition of the scalp has a rinse made of horsetail decoction.
The silicon contained in the field horsetail strengthens the hair, makes it thicker and more flexible. Also, thanks to silicon, hair will become less greasy and reduce excessive hair loss.
Horsetail rinses also have anti-dandruff and hair strengthening properties, improve their appearance and delay the graying process.

Horsetail as an edible plant
Horsetail was treated as an edible plant in various communities. Starchy underground horsetail tubers have been described as having a sweet, pleasant taste. In many regions (especially in North America, but also in Japan) young shoots and rhizomes of the horsetail were also eaten. In Poland, in the second half of the 19th century, horsetail was eaten in times of famine.
The Eskimos ate the starchy horsetail bulbs. Since digging them up is very labor-intensive, they often picked them up, along with other roots and tubers, from the pantries of lemmings and other rodents.