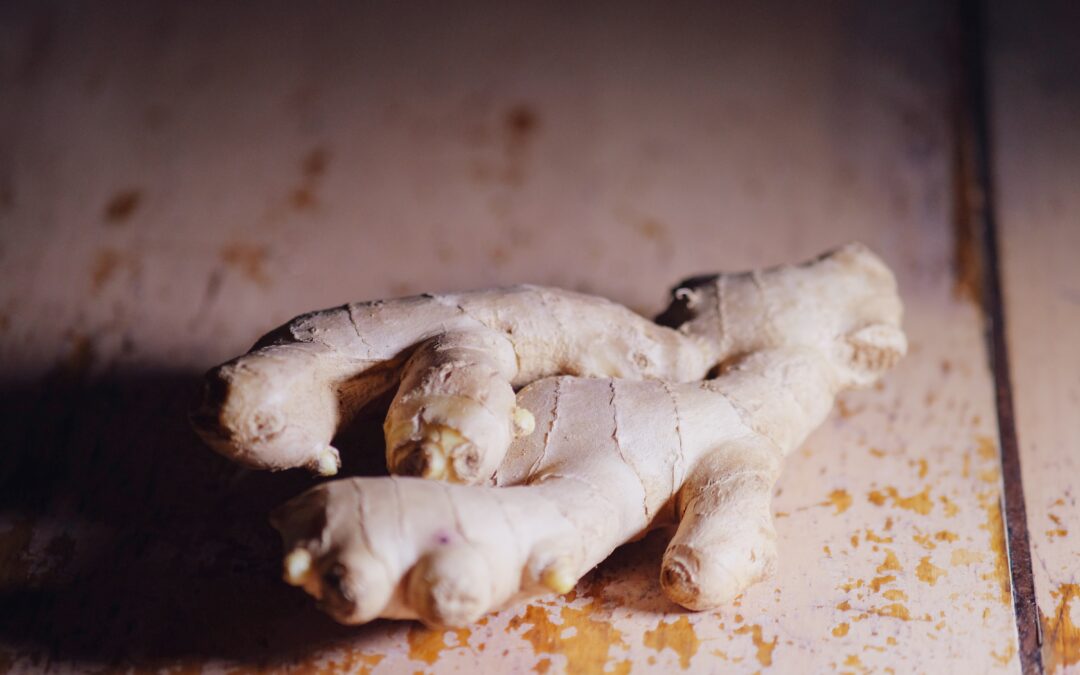 Ginger (Zingiber officinale) is a flowering plant whose rhizome, also called ginger root or simply ginger, is widely used as a spice and folk medicine. It is a herbaceous perennial that produces reed-like pseudo-stems (false stems made of curled leaf bases) each year. Inflorescences growing on separate shoots directly from the rhizome consist of light yellow flowers with purple edges.

Ginger belongs to the Zingiberaceae family, which also includes other known spice plants such as turmeric (Curcuma longa), cardamom (Elettaria cardamomum) and galangal. Ginger is native to marine Southeast Asia and was probably first domesticated by Austronesian peoples. It was shipped in the spice trade, with paprika, cloves, and numerous other spices, all over the Pacific, reaching Hawaii. It was mainly cultivated in southern India and the Greater Sunda Islands

The first written mention of ginger comes from the Confucius Dialogues, written in China during the Warring States period (475–221 BC). Confucius was to eat ginger with every meal. In 406, the monk Faxian wrote that ginger was grown in pots and transported on Chinese ships to prevent scurvy. During the Song Dynasty (960-1279 CE), ginger was imported into China from southern countries.

From India, it was transported by merchants to the Middle East and the Mediterranean Sea from around the 1st century AD. and was used by the ancient Greeks and Romans.

Ginger was introduced to the countries of the Mediterranean Basin by the Arabs and described by writers such as Dioscorides (40-90 CE) and Pliny the Elder (24-79 CE). In 150, Ptolemy noted that ginger was produced in Ceylon (Sri Lanka). Raw and preserved ginger was brought to Europe in the Middle Ages. It was very expensive then, for example in 14th-century England a pound of ginger cost as much as a sheep.

The ginger rhizome contains about 3% essential oil, the main component of which is sesquiterpene zingiberen. Sesciterpenes are chain or cyclic hydrocarbons from the terpenes group; often found in plant essential oils and resins.

In addition, a number of other compounds have been identified in ginger, including aromatic and aliphatic alcohols, ester compounds, gum compounds as well as starch, fats, carbohydrates and organic acids.

In pharmacy, ginger is most often used as an auxiliary, as an appetite stimulant, carminative and improving the taste and smell of drugs.

On the border of medicinal and culinary use, tea with honey and ginger can be placed. It has a warming effect and may be helpful in treating colds. 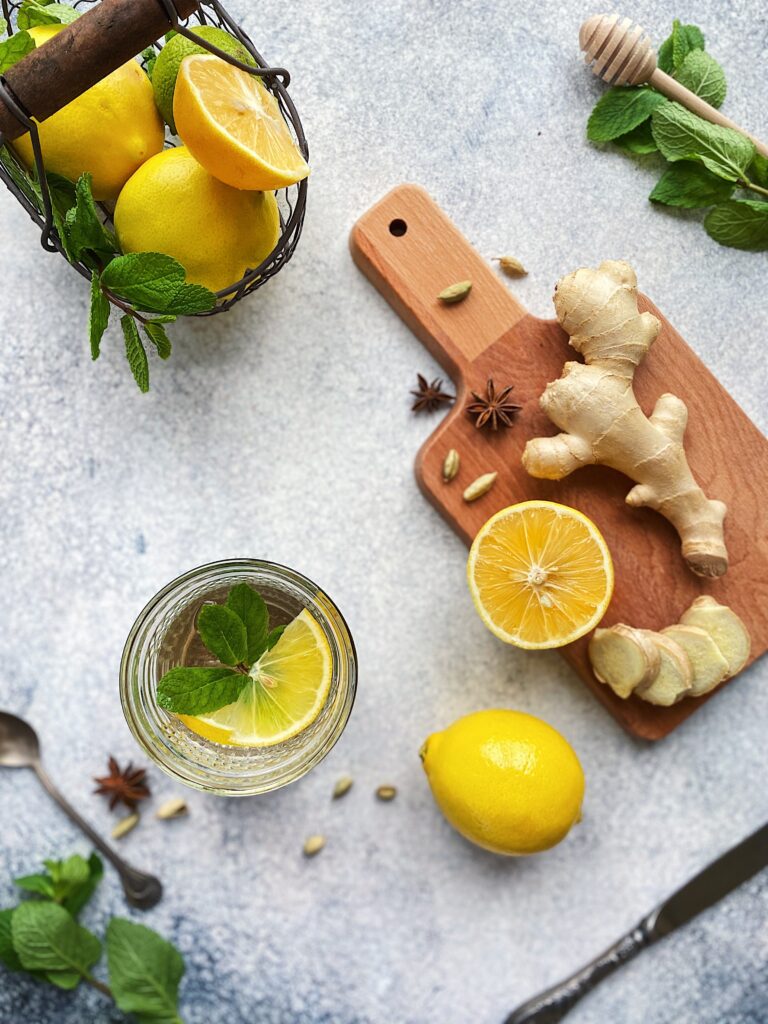 Culinary use
This is by far the most important use of ginger. The ginger rhizome is used here fresh, dried and then powdered and pickled.
It is difficult to imagine Chinese, Indian, Korean, Japanese, Vietnamese or Thai cuisine without this spice. Fresh ginger is a great addition to meat and fish dishes. It is also used as an addition to vegetables. In Japan, pickled ginger flakes are added to some types of sushi. In Polish cuisine, it is irreplaceable as a seasoning for tripe, it is also often used as an addition to stews.
Ginger is also widely used in confectionery. Candied ginger is used as an addition to cakes or as a snack. In Great Britain (but not only), ginger cookies are very popular, while in Poland it is an indispensable addition to gingerbread. It is also an addition to many carbonated refreshing drinks.
Ginger is also used as an ingredient in alcoholic beverages. First of all, ginger beer should be mentioned here. However, liqueurs and ginger vodkas cannot be ignored.

As you can see, the use of ginger is widespread and very diverse.

The proof of its universal application is the huge world production amounting to 2.8 million tons per year.