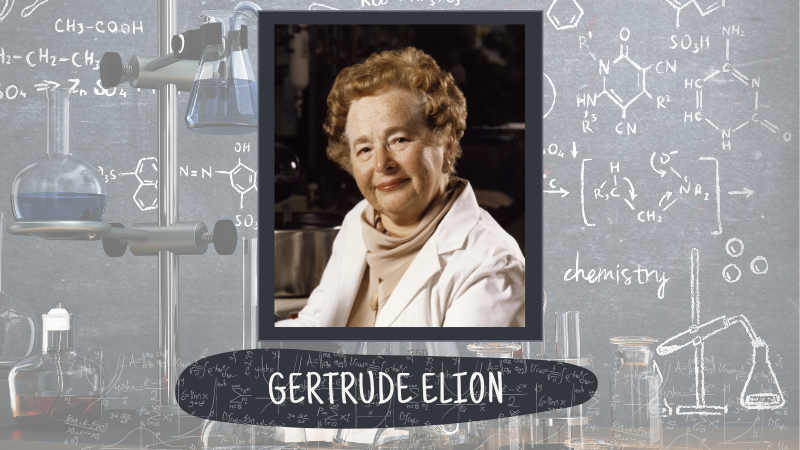 From the beginning, life did not spoil her – a series of traumatic experiences in the form of losing many loved ones due to diseases made her take the next big step – entering studies at a time when the fair sex at university was an extremely rare. The first steps in her activities related to chemistry were in the quality control of food products – she smelled vanilla sticks, then went to a pharmaceutical company, where she tested adenine and guanine (principles that are part of DNA). She wanted to spend every free moment at work – she came to the laboratory even on weekends. She studied organic chemistry, biochemistry, pharmacology, immunology and virology!

In 1950, she developed two highly effective anti-cancer drugs. On the basis of adenine and guanine, she created a substance that disrupted the synthesis of leukemic cells, as well as a drug that prolonged the life of patients with leukemia.

The researcher did not rest on her laurels and continued her work, but this time on viruses. She created an antiviral agent that the world had not known until now had an effect on shingles as well as herpes simplex. In addition, it was with the help of her drug that the first heart transplant which was performed in 1967!

Her work was honored with the Nobel Prize (together with a colleague, Mr. Hitchings, who was initially her employer) in the field of physiology or medicine.