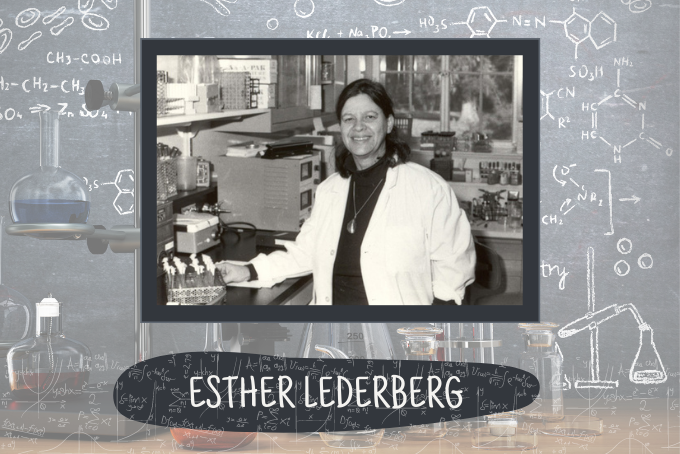 In today’s post from the Women in Science series, we will present the figure of Esther Lederberg – a microbiologist, immunologist and geneticist.

Initially, she studied literature, but was always drawn to biological sciences – she was a great lover of bacteria and viruses. During her studies, she received various scholarships for very high results, but was unable to make a living on them. She worked as a laundress and a laboratory assistant (sources say that sometimes she had so little money that she ate frog legs left over from section classes).

In 1951, she discovered the lambda phage, which became a model organism and cloning vector in sciences such as biotechnology and molecular biology, thanks to which this branch began to develop very quickly. She noticed that unlike other viruses that quickly multiply in the host cell and kill it, lambda phage integrates its DNA with the DNA of bacteria. This allows the virus to transmit genetic instructions to produce daughter viruses to new generations of bacteria without destroying the host organism.

In addition, she discovered that bacteria can mutate completely by chance, and that they have the ability to become resistant to antibiotics. Esther’s discoveries contributed to her husband’s Nobel Prize, but she never received it herself.