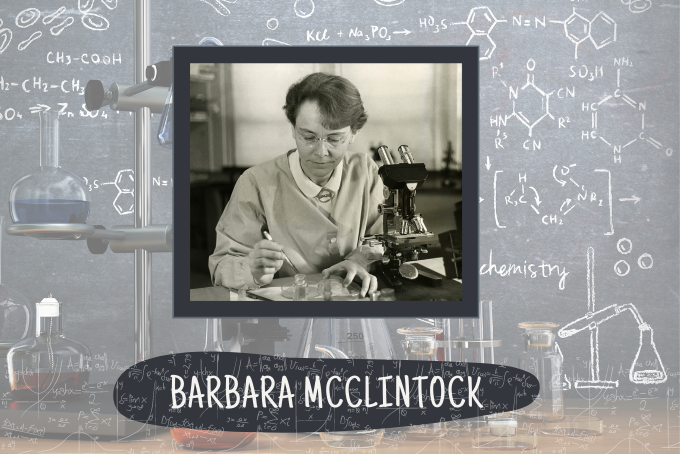 Today we will present the profile of the American botanist and geneticist Barbara McClintock. Mrs. Barbara has made many discoveries on the border of these two areas. By examining the genetic structure of maize, she illustrated, among others, how genetic traits are passed down from generation to generation, leading to the thesis that some genes can be mobile. She proved many fundamental ideas of genetics, e.g. the concept of recombination that occurs during crossing-over in meiosis. She created the first genetic maize map by linking chromosome regions to the physical characteristics of organisms. She proved the role of the telomere and centromere, regions of the chromosome important in the preservation of genetic information. She was one of the most prominent figures in the world of genetics, but it was not easy for her – the world of science did not believe her theses at first, so she stopped publishing her achievements in the middle of her career. In the end, more than 20 years later, her research was convinced. As a result, she was awarded the Nobel Prize in Physiology and Medicine for the discovery of transposons. Transposons are otherwise wandering genes – DNA sequences that can move to a different position in the genome of the same cell through a process called transposition. Transposition often causes mutations, it can change the amount of DNA in the genome, and proves that genes are responsible for turning physical features on and off in an organism.