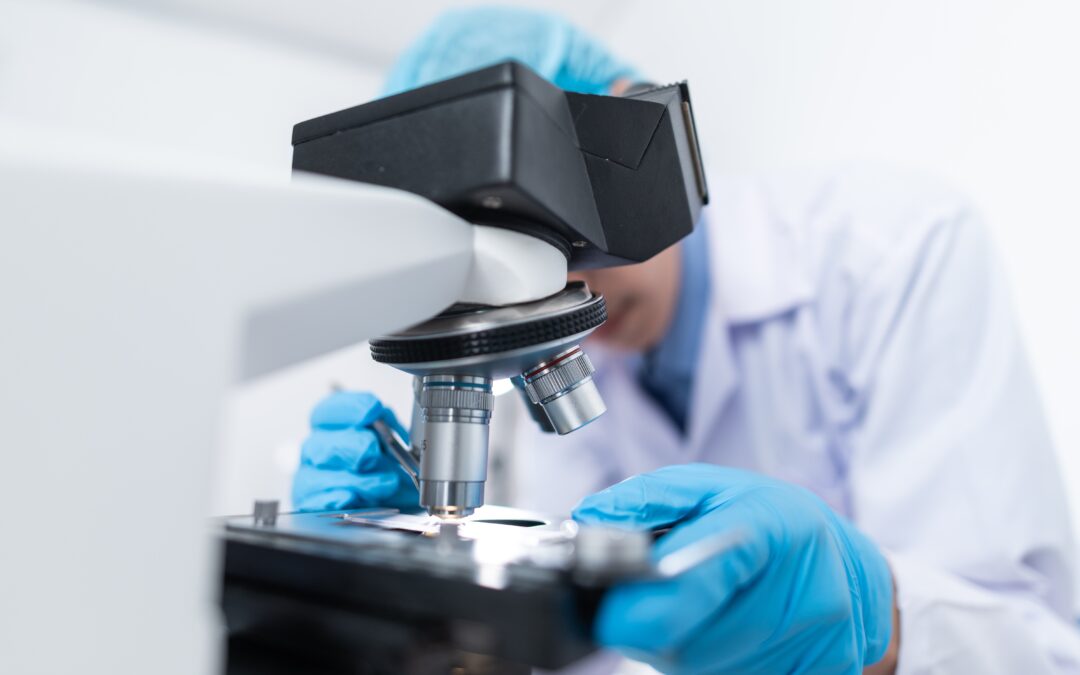 Performing microbiological analyses is based on various parameters. As we said before, when examining the starting materials for production, or already finished products (drugs, dietary supplements), the total number of aerobic microorganisms (TAMC) and the total number of yeasts and moulds (TYMC) present in the analysed sample are checked. . Sometimes it is also necessary to identify the microorganism that appeared in the tested material. With what tools can this be done?

The first thing we can do is observe the specimen under a microscope. This allows to determine the structure of the cells of the microorganism we deal with, both in terms of its shape and the structure of the cell wall (depending on its type, bacteria are divided into the so-called gram-positive and gram-negative). To determine the second parameter, we use Gram staining – it is a method that uses different dyes and a different structure of the cell wall of different bacteria, so that cells from both groups mentioned above will behave differently in relation to the reagents used, and as a result they will be stained in different colours. Microscopic observation of the preparations will allow to narrow down the search area for the identification of a microorganism by excluding groups to which it definitely does not belong.
The next element used to identify microorganisms is the inoculation on differentiating and selective media used for specific microorganisms. These media contain appropriately selected substances that can, for example, inhibit the growth of some microorganisms without damaging the growth of others (selective media), or diversify the appearance of colonies due to the fact that, for example, one of the microorganisms will metabolize a specific component and it will be tinted with a given colour and not another (differentiating substrates). By assessing the appearance of the cultured colonies and checking whether they appear at all on a specific medium, we can confirm or exclude the presence of a given microorganism in the sample.
In addition, when identifying microorganisms, you can use the so-called API tests (analytical profile index). These are biochemical tests that determine the ability of microorganisms to metabolize certain substances. During the test, the suspension of the tested microorganism is placed in special small test tubes and appropriate reagents are added, and then the color formed in each of them is observed. The results are recorded and the code is read using a computer program that determines which microorganism – and how likely it is – is it.

If you would like to commission us to identify microorganisms, please contact us at: laboratoratorium@labor.com.pl, b.wieclaw@labor.com.pl or r.kowalczyk@labor.com.pl to arrange details.