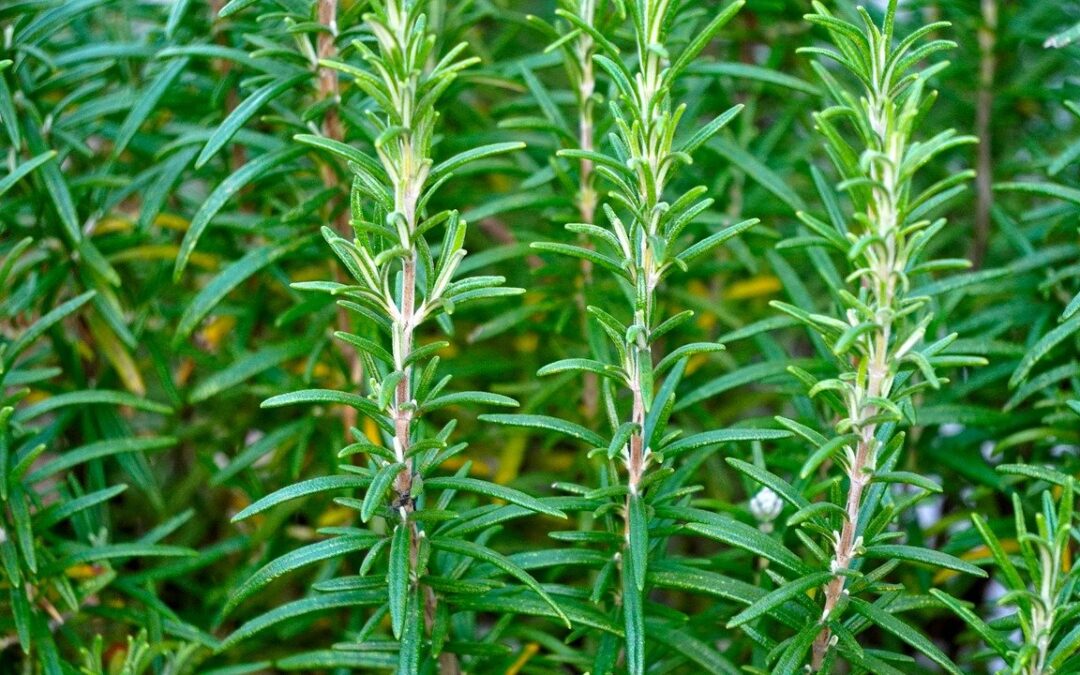 Rosemary (Rosmarinus officinalis) – is a species of aromatic shrub that grows up to 2 meters high and belongs to the Lamiaceae family.

Rosemary comes from the Mediterranean basin, and has long been cultivated in many other regions, often wild. It is very often grown as a houseplant.

Rosemary has been present in Polish culture for centuries – as a symbol of love and fidelity.

Formerly, in folk culture, the rosemary wreath played an important role in wedding ceremonies. A wreath for the bride, richly decorated with ribbons, is made of its twigs.

In Christian culture, rosemary accompanies the images of the Virgin Mary, it signifies purity.

For a long time, rosemary has been used in herbal medicine, medicine, cosmetics and cooking as a seasoning for many dishes.

The rosemary is used in the following forms:
1.dried whole herb,
2.dry, powdered extract (capsules),
3.preparations of fresh or dried leaves, such as alcohol tinctures, teas and liquid extract
4. volatile oil (for external use, not oral).

Rosemary – active substances
In addition to essential oil, rosemary also contains a number of other compounds with biological activity, for example flavonoids – compounds with antioxidant properties and helping to remove toxins, as well as tannins and terpenes that give this plant its characteristic aroma, as well as vitamins.

Rosemary oil is obtained by steam distillation of twigs and fresh leaves. 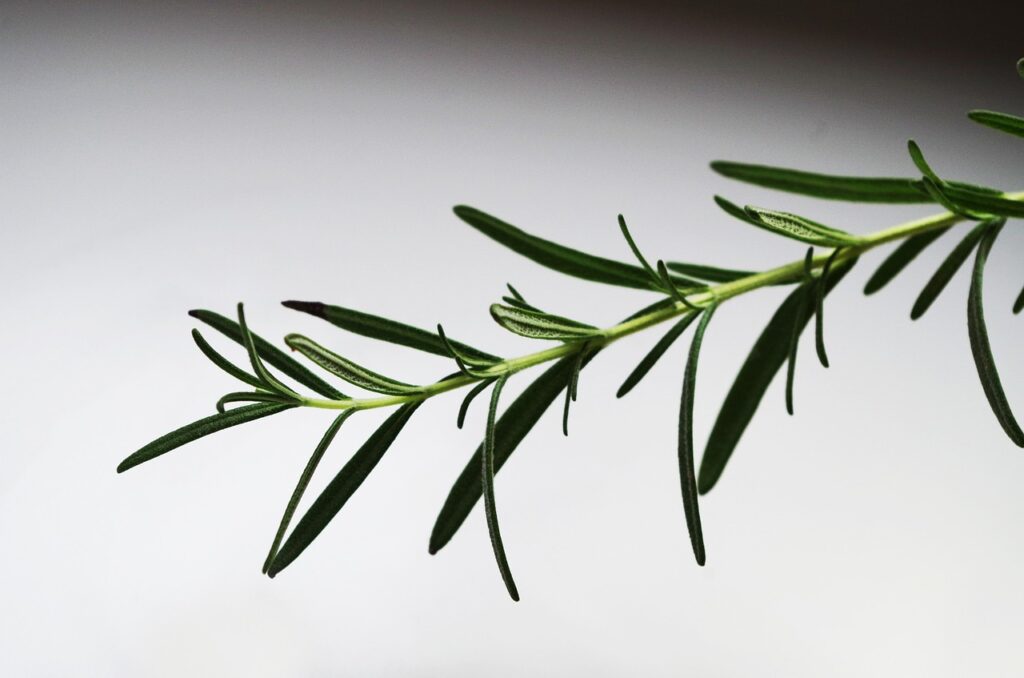 How rosemary does work?
It soothes stomach aches
Improves digestion,
Has an anti-ulcer effect,
It works as cholagogue and protects the liver
Has a diuretic effect,
Has a calming effect on the central nervous system.
It improves mood and memory
It may contribute to the prevention of brain aging and thus Alzheimer’s disease
It has antibacterial and antifungal properties.

Rosemary can be used by diabetics because it contributes to an increase in insulin levels and at the same time lowers the level of glucose in the blood,

Rosemary is also used in cosmetics as an ingredient in shampoos, masks, peelings and anti-dandruff preparations.

The smell of rosemary repels insects, including mosquitoes and ticks

How to use rosemary oil?

Rosemary oil can be inhaled by inhalation, then it facilitates breathing and soothes unpleasant symptoms of a runny nose or a cold.

It can also be used topically – then it has a warming effect and gently relieves pain. 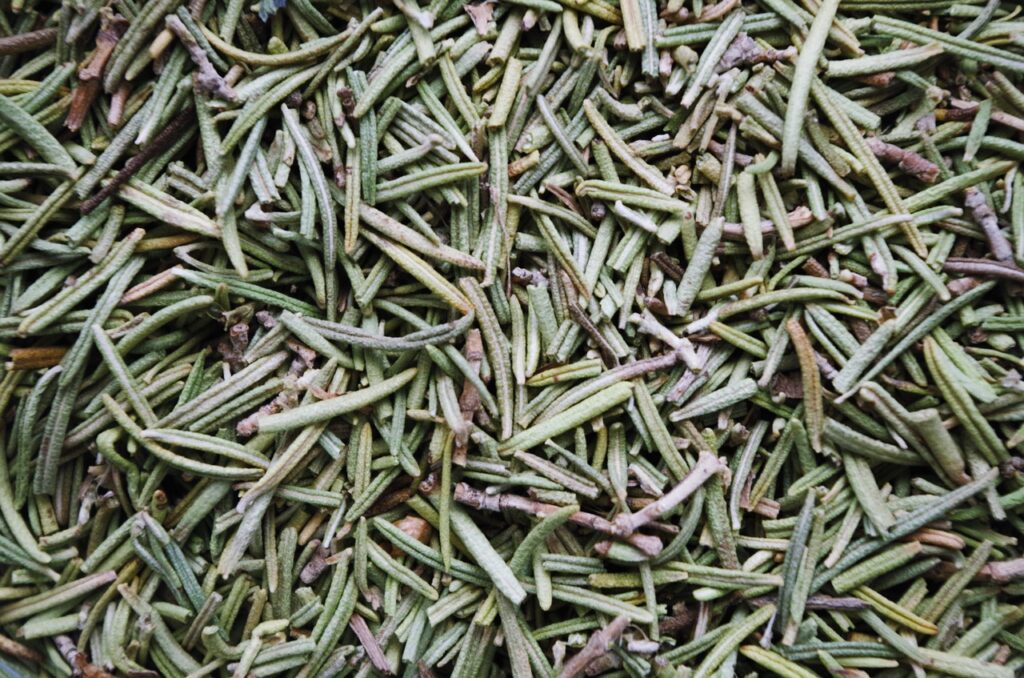 Rosemary – a spice in the kitchen

A sprig of rosemary is also a great spice, and rosemary is best known for this use. Since it has a strong and spicy aroma, it will greatly enrich the taste and aroma of dishes, especially Mediterranean ones, but also enhance the taste of poultry, lamb and even fish. Interestingly, it can also be added to wine and beer.