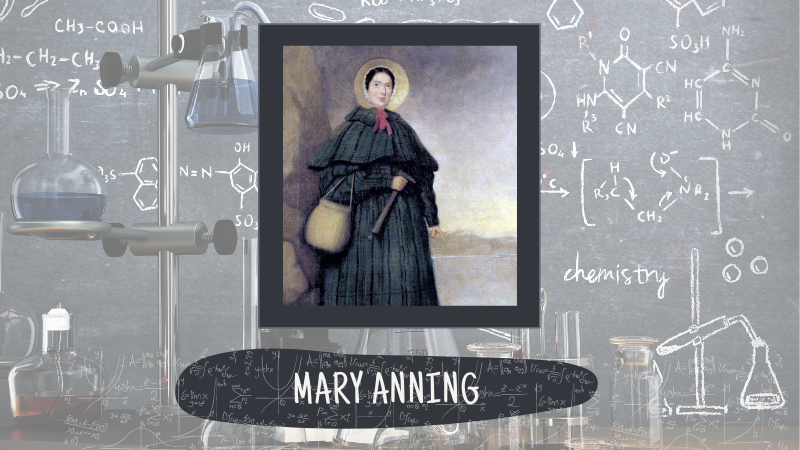 In today’s post from the Women in Science series, we will introduce you to a slightly different profession than usual. It won’t be biology or chemistry, but palaeontology. Today – Mary Anning, living at the turn of the 18th and 19th centuries.

She miraculously survived a lightning strike as a toddler, and her mother holding her during the storm was not so lucky. Raised by her father (he died very early when Mary was 11 years old), who instilled in her a love for fossils, although at first she treated collecting them purely for profit. It was only later that she fell in love with this activity and became involved in science.

She was the first person in history to find a complete ichthyosaur skeleton on British cliffs. This discovery was published in a scientific journal published by the Royal Science Society, and it was heard about little Mary, who and her brother were collecting fossils. Siblings living in extreme poverty touched the hearts of other collectors and collectors, so they organized help for them. Thanks to the funds received, Mary continued her passion.

In the following years, Mrs. Anning discovered the finds of Plesiosaurus (1821) and Pterosaur (1828). These were three finds of great importance for science and contributing greatly to the development of palaeontology at the time. Honored by the London Geological Society. In her honor, a genus of Plesiosaurus from Lyme Regis was named Anningsaura.