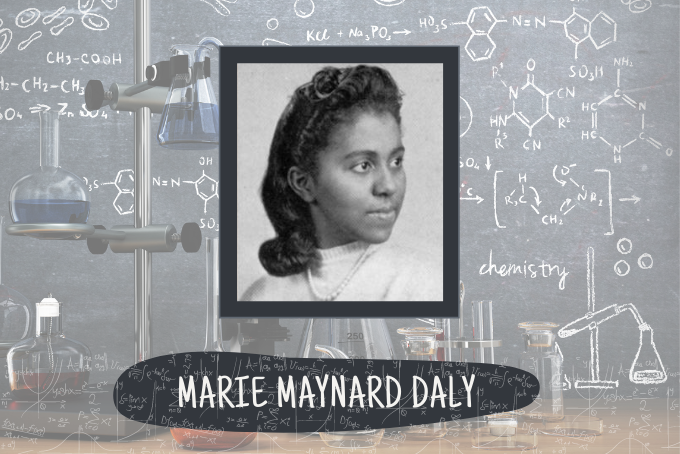 The heroine of the next entry in the Women in Science series is Marie Maynard Daly, an American, biochemist. She was the first African-American woman to earn a PhD in chemistry. In her scientific career, she has focused on the relationship between a healthy heart, hypertension and cholesterol, histone chemistry, protein synthesis, and creatine uptake by muscle cells. Her father, who also studied chemistry, infected her with her love for chemistry. Marie graduated with honors from an undergraduate degree from Queens Colllage, New York, then earned her master’s degree in one year. She pursued her PhD in Colombia, where she studied the effects of chemicals on digestion. Her research on the relationship between heart disease and high cholesterol contributed to the development of medicine. She also studied the components of the cell nucleus and their interactions, developed methods of separating the cell nucleus using radioactive tags, which later influenced the discovery of the structure of DNA. After retiring, she set up a scholarship fund for students from ethnic minorities at her home university.