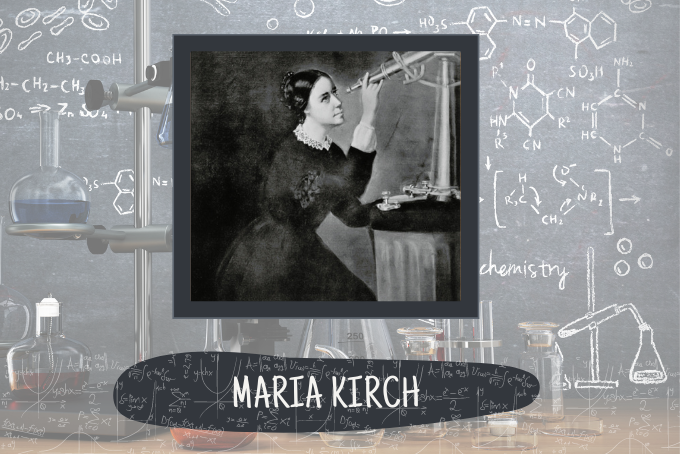 Today, in the post from the Women in Science series, we present one of the first astronomers living at the turn of the 17th and 18th centuries, a German woman named Maria Kirch, also known as Maria Winkelmann. Maria never received a formal education because in the 18th century women in Germany were not allowed to enroll in university. She became interested in astronomy from a self-taught person – Christoper Arnold, thanks to whom she met her husband – an outstanding astronomer Gottfried Kirch, with whom she could gain knowledge. Over the years, she collaborated with Mr. Kirch, making calculations and observations. Lady Maria discovered the comet in 1702. 10 years after the comet’s discovery, she published her own work on Jupiter and Saturn. Due to the lack of education, she could not be employed at the Berlin observatory, which she dreamed of, but was admitted to the Berlin Academy. The asteroid was named in her honor. The son of the Kirch family also became an astronomer.