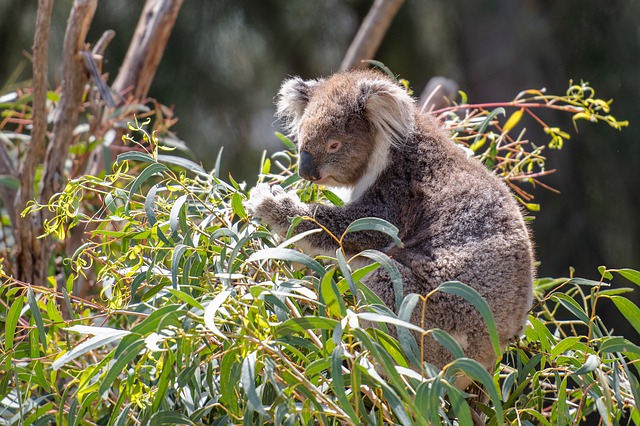 Eucalyptus (Eucalyptus L’Hér.) – a genus of trees and shrubs belonging to the myrtle family. It includes about 600 species from Australia, New Guinea and south-eastern Indonesia. In Australia, they form evergreen forests or scrubland. Today it is grown in many other warmer regions, such as the Mediterranean countries, the Black Sea coast, Spain, the Congo and Brazil.

Eucalyptus is a fast-growing tree, up to 60 m in height, with a strongly developed root system that develops shallow below the soil level. Eucalyptus absorbs very large amounts of water from the soil, which is then released through the leaves. In full sun exposure, the leaves, through the twist of the tail, position themselves sideways to the light, so that the sun’s rays can reach the soil. For these reasons, eucalyptus is often used to drain the land.

In Australia, eucalyptus leaves are the staple food of one of Australia’s symbols, the koala.

Eucalyptus leaves contain up to 3% of essential oil, flavonoid compounds, significant amounts of tannin compounds (up to 10%), bitterness, resin compounds and waxes.

Eucalyptus essential oil is obtained by steam distillation of eucalyptus leaves. This essential oil contains at least 70% cineole and numerous alcohols and aliphatic aldehydes that stimulate coughing. For this reason, raw eucalyptus oil is refined. 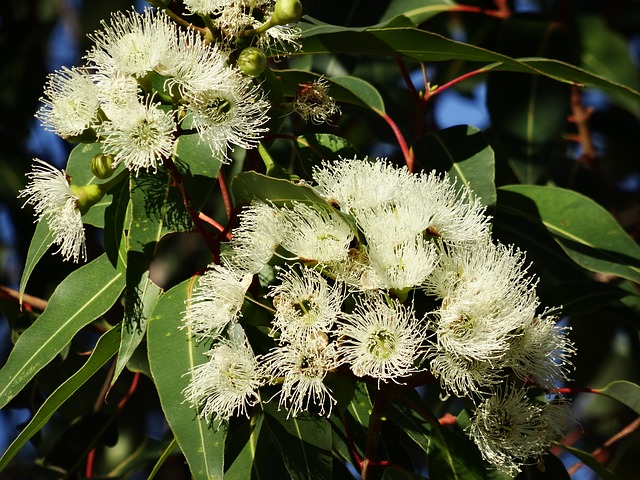 In the past, only eucalyptus leaves were used as infusions, tinctures and even for smoking. Eucalyptus oil is commonly used today. It is used for inhalation and rubbing in lung and bronchial diseases. It is also often administered in the form of eucalyptus candies and in drops used to facilitate breathing during a runny nose and in fluids (often multi-component) for inhalation.

Eucalyptus oil has an antiseptic and slightly irritating effect, it causes increased blood circulation. Due to its anti-inflammatory effect, it is often used as an anti-rheumatic rubbing agent or as one of the main ingredients of ointments with such an indication.

When sprayed, it refreshes the air very well and is an ingredient of many room air fresheners.