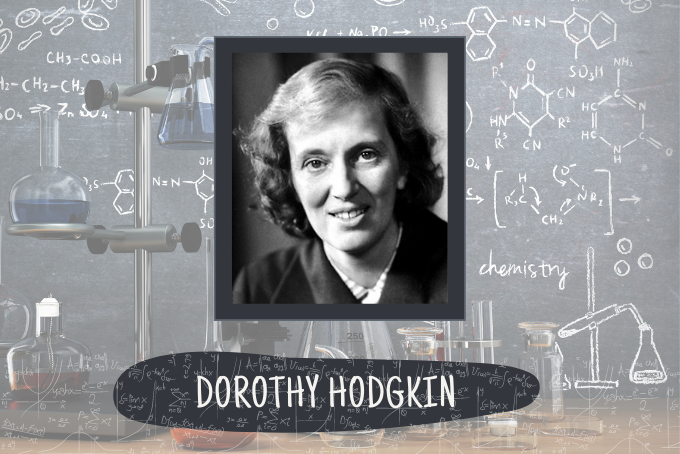 Today another of the amazing women of science Women in Science – Mrs. Dorothy Hodgkin. English biochemist and crystallographer. The beginnings of her career, like that of most women adolescents in the early 20th century, were not easy. She had to overcome the parochialism of the system to be able to study at male universities so far. Eventually, she was admitted to Oxford and recognized as an outstanding student. She received her chemist diploma in 1932, then continued her PhD studies four years later.

She conducted research mapping the structure of cholesterol and penicillin necessary to create synthetic versions of them. Her work led to many industrial contracts, and from the 1950s she focused her research on the structure of insulin, building the first model of the insulin molecule. She has also worked on compounds such as vitamin B12 and cephalosporins. In 1964, as the 3rd woman in history, she received the Nobel Prize in Chemistry for Merit – X-ray Structure Studies of Biochemically Important Substances.