Black caraway also known as black cumin (Nigella sativa L.) is a plant species in the buttercup family (Ranunculaceae). It is native to Turkey and Iraq, but is now widespread in the Mediterranean as an introduced species. It is also grown in many countries around the world, including Poland. There are also wild plants coming from crops.

Black caraway is a small plant, 10 – 40 cm tall, with rather large pale blue flowers.
The seeds of black caraway are black, small (slightly larger than poppy seeds) and have an irregular shape. They are characterized by a strong, aromatic smell and spicy taste. 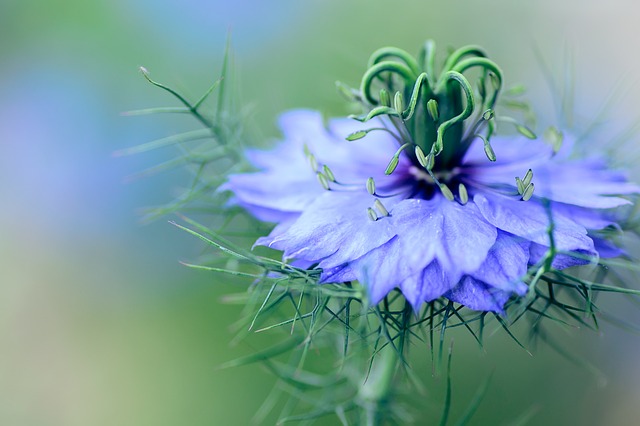 Chemism
Black cumin seeds contain a number of valuable substances with a potential positive effect on our body. It is mainly oil, the content of which is about 40% and about 1.5% of essential oils and also saponins, tannins and small amounts of bitter compounds and alkaloids.

Application
Black caraway was known in antiquity. A jug with its seeds was found in the tomb of Pharaoh Tutankhamen, and is also mentioned in the Bible. Initially grown as a spice plant, its healing effects were later discovered. In the Middle Ages, it was often cultivated in monastery gardens. 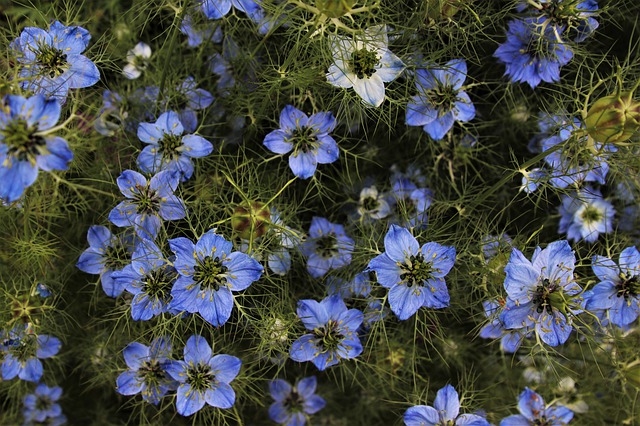 Black cumin seeds have a wide spectrum of healing effects. They are choleretic, diuretic and carminative, and they also improve digestion. Their antibacterial and fungicidal activity as well as anthelmintic activity was also confirmed. They relax smooth muscles, relieve pain, lower blood glucose levels, regulate menstruation and strengthen immunity. Black caraway infusion can be used externally in cases of atopic dermatitis and mycosis.

Black cumin seeds, due to their pungent taste and aroma, as well as their digestive-improving effect, are also widely used in the kitchen. They are used as a seasoning for some fatty meats and cheeses. They are also an interesting addition to bread (especially dark bread). They are also added to pickling cabbage and pickles. Interestingly, black cumin oil is also used in the production of some liqueurs and sweets and even as an ingredient in some perfumes.

Finally, I would like to add that in our gardens you can find black cumin grown as an ornamental plant.
In summary, it would be difficult to find another plant with such valuable properties and versatile use.