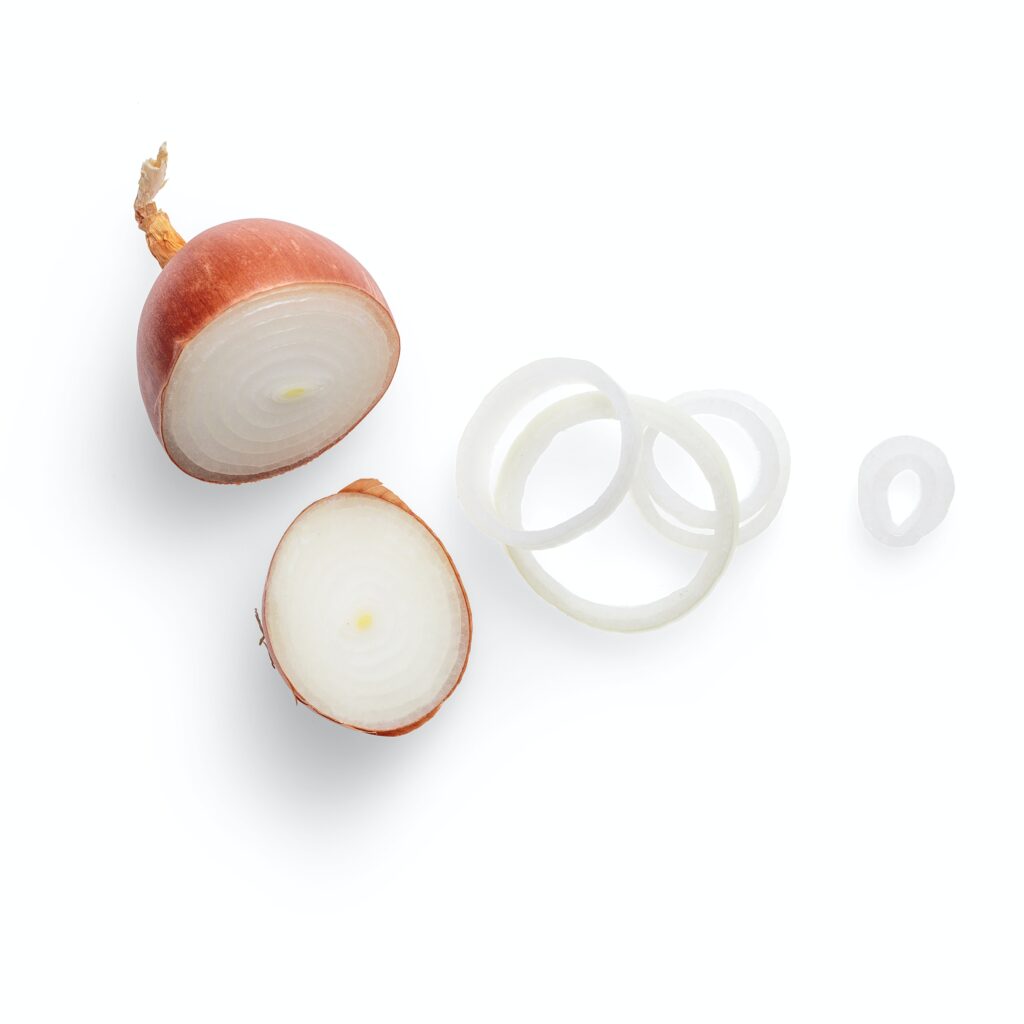 The onion contains volatile oils with a characteristic smell, including allyl propyl disulfide, and other sulfur compounds and alkyl compounds. Onions are primarily a source of vitamin C. Therefore, in the past, they played an important role in the diet of sailors as a means of preventing scurvy. In this case, an important factor was also the ease of storage in the long term of sea voyages. There are also other valuable chemical compounds present in the onion, such as quercetin, vitamins B1, B2, B3 (PP), E, K, provitamin A; saponins, flavonoids, fructans, pectin, some enzymes, calcium, phosphorus, silicon, magnesium, iron, zinc and selenium salts.

Healing properties of onions
The antibacterial properties of onions have long been known. Its bactericidal activity has been described against various microorganisms, including E.coli and various strains of Salmonella. This is the effect of the allicin contained in the onion.
Allicin also lowers the concentration of “bad” cholesterol (inhibits both the formation of LDL cholesterol and its accumulation in tissues) and increases the concentration of “good” HDL cholesterol and also reduces the tendency to form blood clots and helps prevent hypertension, which reduces the possibility of disease coronary stroke or myocardial infarction
Doctors recommend eating onions in the course of colds and flu because it soothes the course of these diseases and reduces the severity of symptoms. This is where onion syrup can help.

Due to its chromium content, onions help to maintain normal blood glucose levels, which can help prevent diabetes.
Since the consumption of raw onions eradicates the bacteria in the mouth, it can help to prevent tooth decay.
Due to the presence of fructans, onions used after antibiotic treatment help rebuild the intestinal flora.
The effect of high levels of quercetin in onions, a compound that works against free radicals, is to reduce the risk of cancer.
Since quercetin helps inhibit the effects of compounds that cause inflammation, eating onions can also help people with rheumatic diseases by reducing pain and swelling.

The minerals in onions (including silicon and calcium) have a versatile and positive effect on bone health. Their consumption, by reducing the risk of hypocalcaemia, reduces the risk of fractures and may be beneficial in people with osteoporosis.
To relieve pain and swelling, a crushed onion can be applied to the site of an insect bite (confirmed and tested on my son). 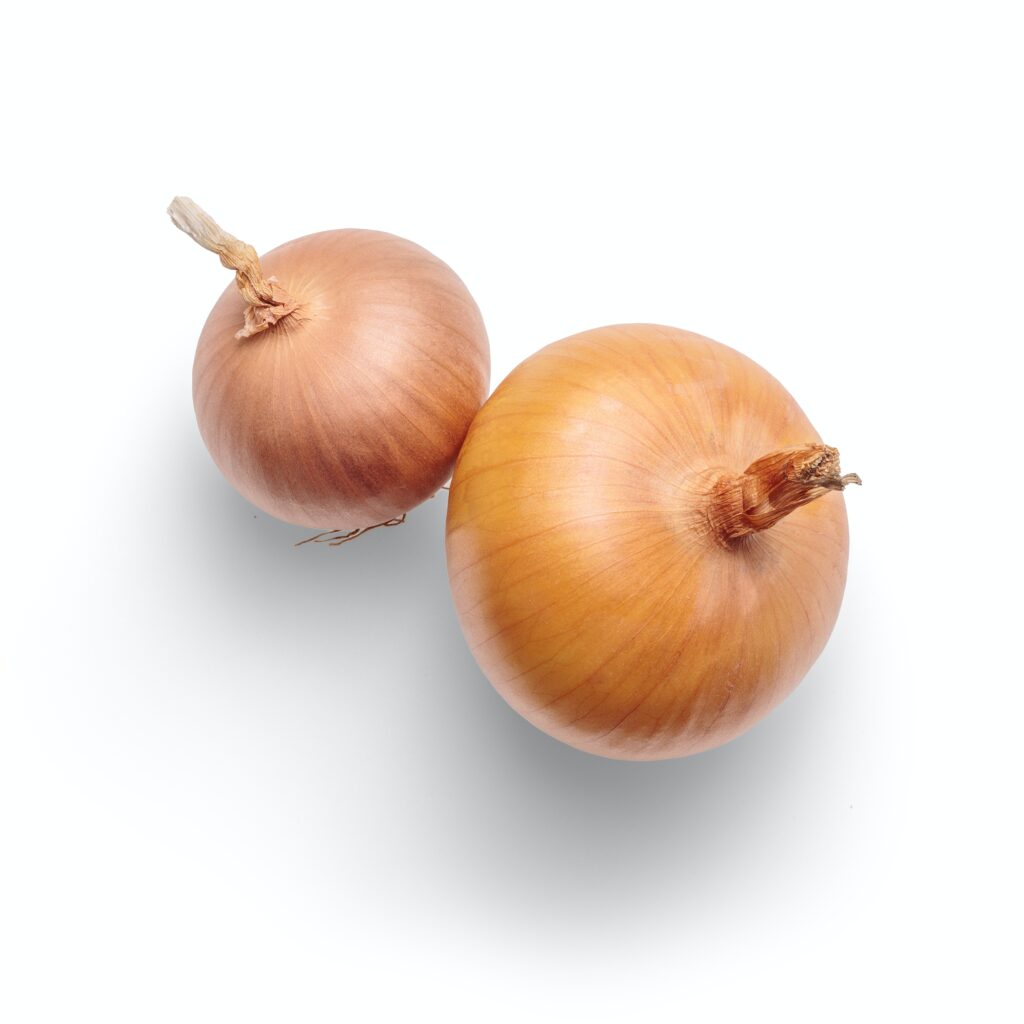 Onion in the kitchen

Onion is a vegetable commonly used in cooking almost all over the world. It can be eaten raw – as an addition to salads. It’s also hard to imagine a traditional herring without an onion. In addition, onion is an irreplaceable addition to sauces or stews. One of my favourite dishes is the onion soup. Onion jam can be mentioned among more original uses.

Onions are very low in calories. 100 g of this vegetable contains about 40 kcal, so you can eat it without fear of increasing BMI, but remember that the supplements consumed together with onion are usually higher in calories.