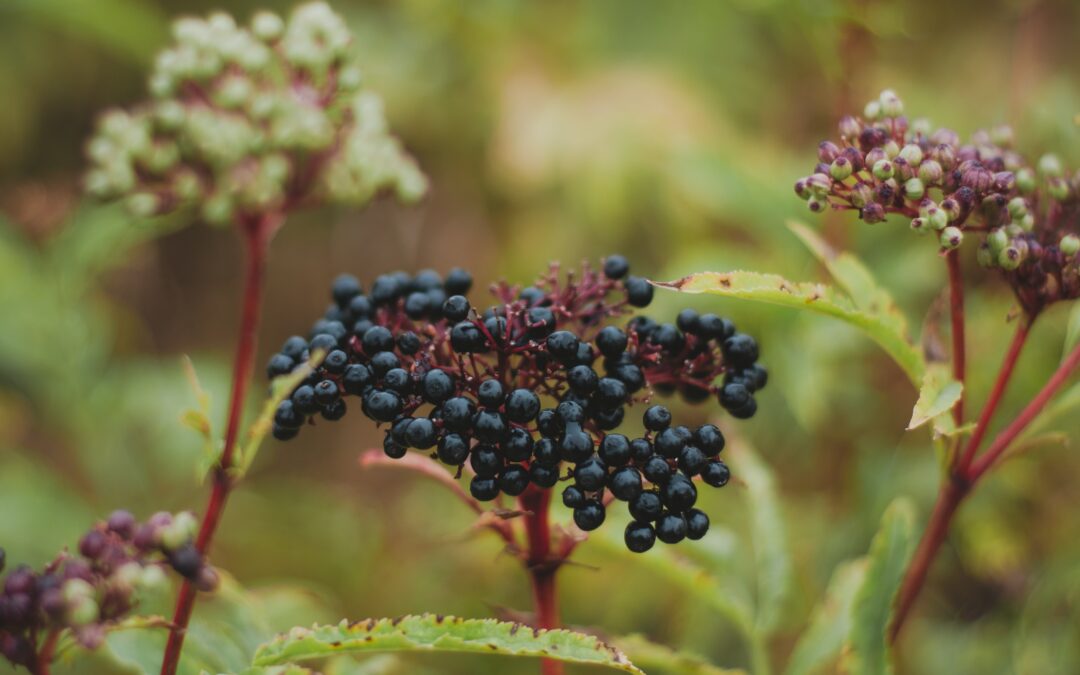 Elderberry, (Sambucus nigra L.) – is a species of plant from the Adoxaceae family, formerly included in the elderberry family (Sambucaceae)

The species is widespread in Europe, common in Poland. It is commonly found on wastelands, thickets, mid-forest clearings, on the edges of forests and farmland. It is also often planted as an ornamental plant in gardens and parks (numerous ornamental varieties have been bred).

Usually it is a tall shrub, reaching up to 10 m, rarely in the form of a tree.

In cosmetology, for medicinal and food purposes, we use both elderberry flowers and its fruit. After harvesting, both the flowers and the fruit are dried and used in this form

Small, white flowers, usually developing in June, are gathered in corymbose 10 – 20 cm in diameter. Elderberry blooms very profusely, so when it blooms, the entire shrub is white.

They are characterized by a strong, specific, rather pleasant aroma, which increases during the drying process.

In September – October, however, we can harvest its fruit. When ripe, they are purple-black and 6-8 mm in diameter. 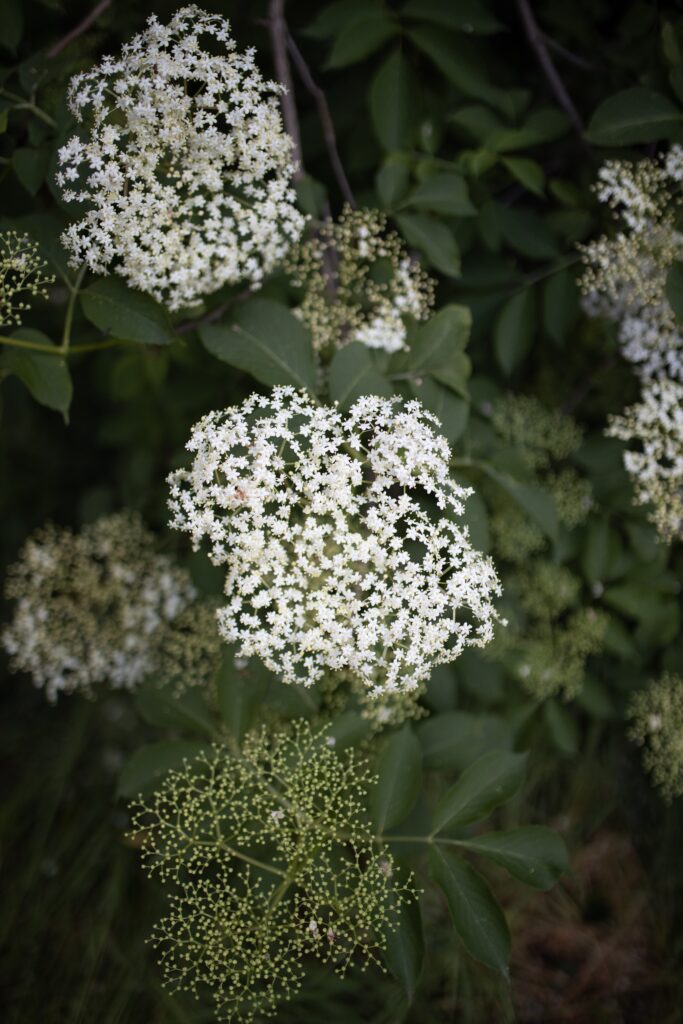 The elderberry flower has a diaphoretic effect, which is caused by the stimulation of the center responsible for lowering body temperature and sweat secretion. It also has diuretic properties related to the presence of flavonoids. It also increases the elasticity of the capillary walls and reduces their permeability. This is an effect found in raw routine.

Elderberry fruit has a slight laxative and diaphoretic effect. It is also a weak diuretic. It has a weak analgesic effect (about 160 times weaker than morphine), it can also prolong and support the action of analgesics. 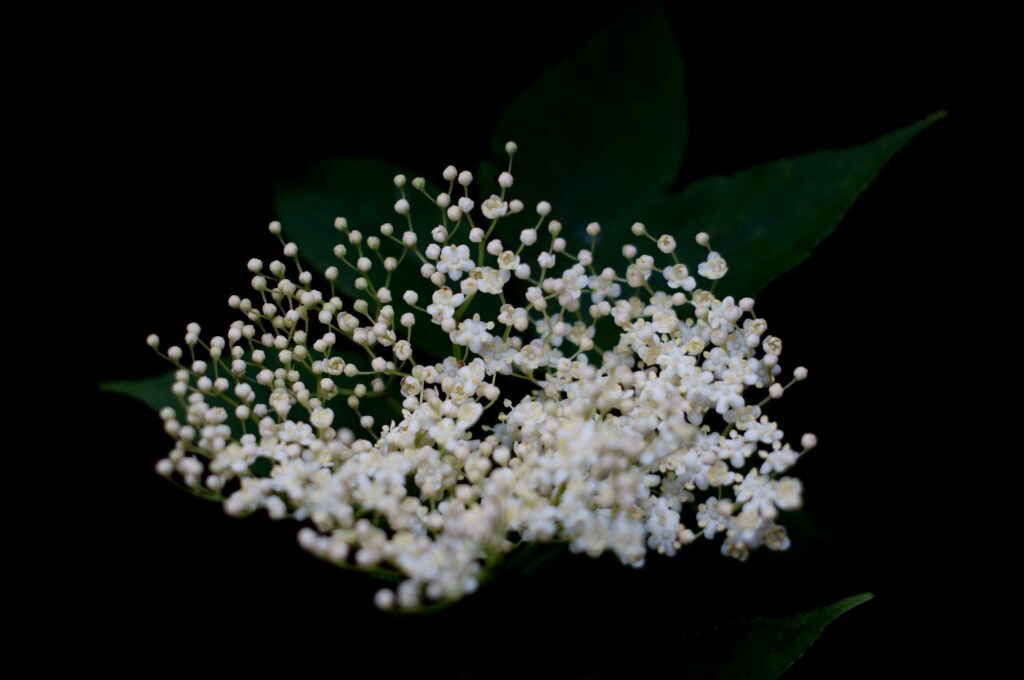 Elderberries are only exceptionally used per se. Usually they are used as one of the ingredients of herbal mixtures or combined preparations. They are used in cold diseases as a diaphoretic medicine and as an aid in poor urine excretion. In addition, the decoction is used as a mild laxative (especially in children and the elderly) and also, as an auxiliary, as a mild pain reliever, for example in sciatica, neuralgic pain, migraine or in inflammation of the trigeminal nerve.

In cosmetology, the oil obtained from elderberry seeds is used with many beneficial properties. It has an amber colour and a characteristic smell. When applied to the skin, it absorbs quite quickly without leaving a greasy film.

Since elderberry seed oil inhibits the formation of blackheads, it is recommended for people with oily skin. In addition, it accelerates the regeneration of acne and seborrheic skin. The anti-inflammatory properties of this oil contribute to this action.

Elderberry flower extracts are also used as an ingredient in cosmetic masks and creams.

Elderberry in the kitchen: 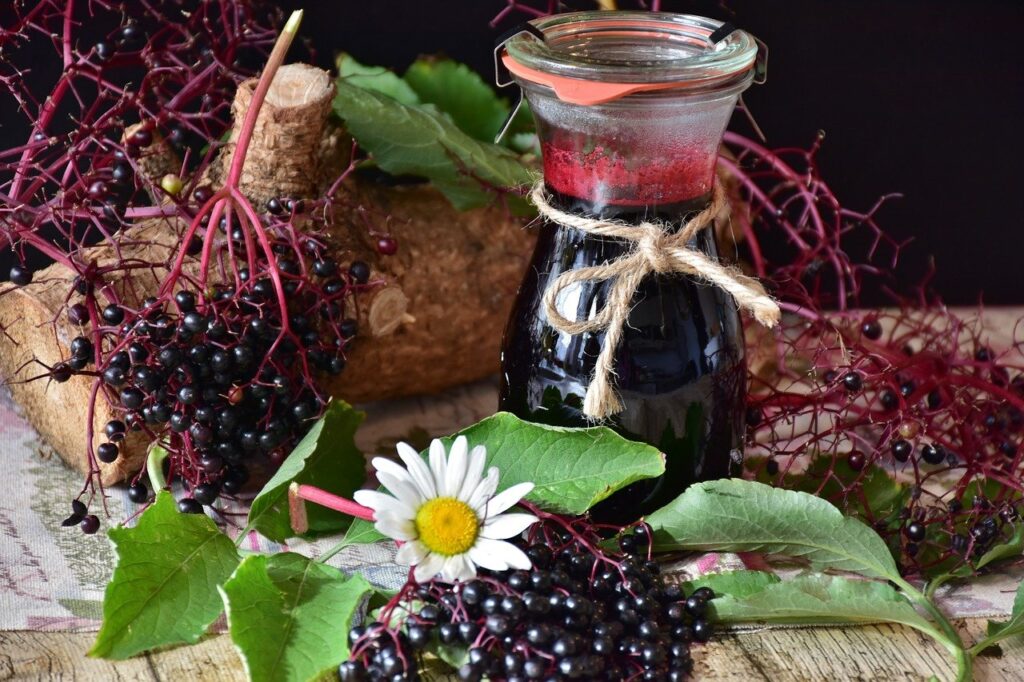 In spring, we collect fully developed elderberry inflorescences and prepare a delicious syrup from them. You can also make pancakes with their addition (I tried, they are really excellent, I recommend it!). You can also prepare an aromatic tincture from elderberry flowers, although not everyone will like its intense, characteristic taste and smell.

We can prepare juice or jam from the fruits harvested in autumn, they are also an interesting addition to apple or other fruit jam. It should be remembered that the consumption of unripe and unprocessed fruit may result in poisoning. There have also been reports of allergy to elderberry.